Transiency and the Culture of Plastic 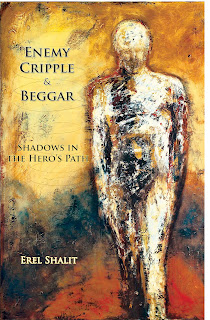 an article by Erel Shalit
Our post-modern era is characterized by increasing dislocation and fragmentation. The sense of permanence and constancy of old, is exchanged for temporality and fluidity, i.e., a condition of transiency. Not only do cars, trains and planes carry us across continents faster than most people once could imagine – perhaps with the exception of Jules Verne, but we travel cyberspace in zero-time. Speed in the era of transiency, makes the soulful road of the wanderer seem hopelessly obsolete.
Likewise, we are over-exposed to stimuli, information and images: once upon a time we would sit down and quietly look through the pictures of the past, the reminders of our childhood, enjoy a memory, recall days long gone by, share thoughts and feelings from a time that could be brought alive by the one photo from that day. Today, we are flooded by digital photos, numbered almost into infinity. Rarely do we remain more than seconds to glance at each photo, and even more rarely do we return to them – often unaware that what warrants no return, loses its soul.
It is by reflecting on the events in which we partake that we induce them with depth and meaning, but speed and superficiality seem to supersede depth and reflection.

We are flooded with images, but the onslaught of external images disrupts the flow of internal imagery. Excessive exteriority impinges upon the imagery of interiority.

In post-modern transiency everything is imaginable; yet, interiority is losing out to the externally produced image, which deceptively is taken for reality. The televised or computer-generated image no longer needs to be anchored in reality – it has become its own simulacrum, its own self-representation. As Baudrillard postulated, this may cause the erosion of our sense of the real.
Among the consequences of transiency, we find a weakening of the sense of meaning and of internal anchoring. The interiority of imagination is exchanged for the exteriority of imitation. In fact, Internet plagiarism has become a booming industry, and as has been said, “the intellectual tradition of inquiry is getting lost.” Caught up in viewing images from afar (tele-vision), we tend less to look around, nearby, or within. We search less for the meaning that is carried by the images and the symbols that arise from within the depths of ourselves, from our meaning- and symbol-forming self.
Thus, when our ego, as center of consciousness and our sense of conscious identity, is detached from its internal roots, the risk is it may lose its relative sense of unity and wholeness. While this may seemingly increase the ego’s flexibility and speedy adjustment to changing circumstances, the consequence is that it also lends itself indiscriminately to a multitude of appearances. An unintegrated, fragmented ego will all too easily put on any dress, without appropriate judgment –is it moral, what are the consequences? These questions pertain to the required ego functions. In fact, the wide variety of personae, of masks of appearance that are so easily accessible in cyberspace and the post-modern condition, easily take possession of the rootless ego, which may be drawn into a charade of transient (pseudo-) identities, such as blog-pseudonyms and second lives.
This, then, becomes a culture of plastic – plassein, i.e., “fit for molding,” to be cast into any shape, without character. Nearly half-a-century ago, Andy Warhol pointed at the culture of plastic, perhaps blurring the line between being a critical observer and a willing participator, his art embodying both an eye on the culture of production and the self-reproduction of culture. As Andy Warhol testified about himself, “Everybody's plastic, … I want to be plastic.”
Plastic has its definite advantages, and we can no longer live without it. However, plastic reflects something being synthetic and artificial, rather than natural and genuine. Plastic can, as well, be recast out of proportion, but what grows out of proportion is carcinogenic. With the benefits of plastic, and the idea and the cultural attitude that we may call ‘plastic,’ come its shadows, such as environmental harm, inauthenticity, imitation and reproduction rather than individual touch and feeling.
In a culture of plastic, the way we appear to the world, our persona, may be infinitely recast, find endless manifestations. In cyberspace, we easily hide behind pseudonyms and borrowed identities, whereby individual morality and responsibility are weakened. There is no function of the third, serving as intermediary, boundary and control.
For example, a man with a record of harassing women on internet chats, dreams that he is locked up in a prison cell. He hears the voice of an old man, who asks him questions that he must answer in order to be released. However, rather than listening and reflecting, he tries to escape, merely annoyed at the voice calling upon him. If he truly would wake up to understanding his guilt, the need for boundaries, and attending to his conscience, he might listen to the voice calling from within, that requires him to respond (responsibility; respondere, to pledge in return). The dream image portrays his avoidance of responsibility.
In a boundaryless space, where everything is free and accessible, and morality is weakening, everything can be borrowed, stolen, plagiarized or imitated. However, when imitation replaces imagination, representation is lost. Is not the ability to re-present basic to civilization? Did Einstein not claim that imagination is more important than knowledge, because knowledge remains limited, while imagination encircles the world?
Erel Shalit is a training and supervising analyst, and past president of the Israel Society of Analytical Psychology. He is the author of several publications, including The Hero and His Shadow: Psychopolitical Aspects of Myth and Reality in Israel and The Complex: Path of Transformation from Archetype to Ego. Articles of his have appeared in journals such as Quadrant, The Jung Journal, Spring Journal, Political Psychology, Clinical Supervisor, Midstream, and he has entries in The Encyclopedia of Psychology and Religion. Dr. Shalit lectures internationally at professional institutes, universities and cultural forums.
Erel Shalit's Enemy, Cripple, & Beggar: Shadows in the Hero's Path and his previously published books The Complex: Path of Transformation from Archetype to Ego and The Hero and His Shadow: Psychopolitical Aspects of Myth and Reality in Israel can be purchased at www.fisherkingpress.com or by phoning 1-800-228-9316 in the US or +1-831-238-7799 from abroad.
Posted by Fisher King Press at Saturday, June 13, 2009