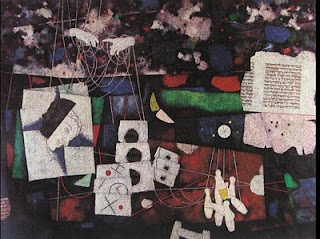 Yom HaShoah, Holocaust Remembrance Day, is held on the Hebrew date 27th of Nisan, which this year begins in the evening of Sunday, April 11.

The six million Jews that perished, out of whom approximately one and a half million children are remembered in ceremonies and services held all over Israel, in schools and the media.

At ten am on Yom HaShoah, Monday, April 12, a siren is sounded across the country, which comes to a complete standstill, in silent commemoration.

The following is an excerpt from the chapter "Silence is the Center of Feeling," in Living with Jung: "Enterviews" with Jungian Analysts, Vol. 3 , by Robert and Janis Henderson.

Robert Henderson: As a Jungian what are some of the important lessons or observations you have of the Holocaust or Shoah?

Erel Shalit: This is quite a big question – profound and to me personally meaningful.

I feel I have to anchor it in my personal background, but before that, a word on etymology: Holocaust is an ambiguous word. In the sense “everything has been burned,” it is an apt denomination of the extermination of the Jews by the Nazis. However, considering its original meaning pertaining to religious sacrifice, as it was used prior to WW2, makes it a rather cynical term.

While I use both Holocaust and the Hebrew word, Shoah, I prefer the latter, which has no similar religious implications. It means catastrophe, destruction, to crash into ruins, to lay waste, to make desolate. It may possibly be connected to the Hebrew word for being amazed, to wonder, “to stand empty of thoughts.”

While many aspects of the Shoah have occupied my consciousness during much of my adult life, the repression and the silence about the Holocaust during my childhood is striking. The silence in the aftermath of the War was of course common among refugees and survivors, reflecting how the soul is at a loss dealing with catastrophe.

In contrast to less fortunate relatives – among them, my paternal grandmother who was gassed in Auschwitz – my parents found refuge in Sweden.
…
Silence about the war during those years was, I believe, a means to gain a foothold in an uprooted world, awareness that there were others so much worse off, and an effort at protecting the children. Only later did I hear for instance about the officer at a local Gestapo headquarters where my father had to report, who for some unknown reason told him quickly to get out and run away.

That is one of those big moments in life where something seemingly minor yet tremendously powerful, such as a friendly smile, or a smell of an unconscious memory, makes the wind of fate blow in an unexpected direction. I am forever grateful to that unknown Gestapo officer, and I often remind myself that he may be present in my greatest enemy. Just like evil resides in the soul of everyone of us, there may be light in the midst of darkness; where the shadows of horror cover the face of the earth, you may unexpectedly find the exceptional person. ...