“Technology is rewiring our brains” 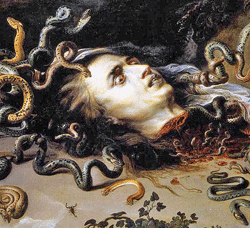 In a recent article in the New York Times, Hooked on Gadgets, and Paying a Mental Price, by Matt Richtel, June 6, 2010, Nora Volkow, director of the National Institute of Drug Abuse and a leading brain scientists, claims that technology is changing our brains. As compared to fifty years ago, we consume three times as much information. We are constantly on the go, associatively moving from one site to another, whether in the cyberworld or in the world of non-locality, or non-places, as French philosopher Mark Augé calls the supermarkets, highways and airport lounges. While the brains of Internet users are more efficient at finding information, they have greater difficulty staying focused, and differentiating between relevant and the irrelevant. Not only is the brain affected and going through changes due to the features of the post-modern condition, but behavior and personality as well. The emphasis of ego-functions on motor coordination rather than creativity and depth of thought is not without consequences.In my recent paper ‘Destruction of the Image and the Worship of Transiency’ (Jung Journal: Culture and Psyche, February 2010) I discuss aspects of the post-modern condition and the Transient Personality who emerges from and is him (or her-)self a manifestation of it. These features include speed without digestion, excessive association rather than staying centered, and the transient masks provided by cyber-pseudonymity.

With the benefits of technological and scientific progress, we also pay a price; spending twelve hours of media-time per day, may create the sense of being connected with the world, but may leave us alienated from ourselves. It may leave us, as well, with an utterly false understanding of the world, since we come to understand the recorded image of it, which, as Susan Sontag said already many years ago, “is the opposite of understanding, which starts from not accepting the world as it looks.”The consequence may be that we banish our selves into exile.

I will have the opportunity to elaborate on these issues at the forthcoming Assisi conference, taking place July 20-27 on the Island of Procida, Italy in the Bay of Naples.
For further details, see The Assisi Conference.