Psyche and the City: A Soul’s Guide to the Modern Metropolis 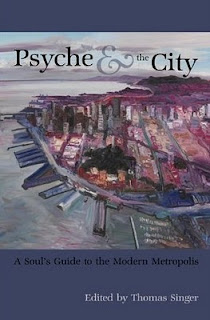 Forthcoming August 1, 2010
Psyche and the City: A Soul’s Guide to the Modern Metropolis

Editor: Thomas Singer
Preface: Thomas Kirsch
Psyche and The City: A Soul’s Guide to the Modern Metropolis, is a collection of depth-oriented articles about several of the great cities of the world. Its chapters explore each city’s unique identity in terms of such hard-to-define qualities as psyche, soul, and spirit through history, geography, and anecdotes from the authors’ personal experiences.

The following is excerpted from the beginning of Erel Shalit's chapter on Jerusalem:
Jerusalem
Human Ground, Archetypal Spirit
Unlike Rome, not all roads lead to Jerusalem, and those that do may all too easily lead the visitor astray in a labyrinth of divinity and madness. In the course of history, when Rome became the center of power, sanctity and glory, Jerusalem sank into spiritual ruin and peripheral oblivion. Thus, even those modern roads that bring you smoothly to the city may force the pilgrim to pass “through thorny hedges…” of his or her mind.

One may conveniently approach Jerusalem from the west, ascending the modern highway, which climbs eastward through the Judean Hills–like a Western mind moving toward the Orient. By approaching Jerusalem driving on the comfortable asphalt that smoothly covers the ground and softens the bumps, one may arrive only to find a noisy and neglected city, tired by too much spirit and worn out by too much poverty. Slowly winding upward through the hills, parallel to the highway, runs the dusty old donkey path, burdened by archetypal history. Arriving this way, one may find the sparks of illumination that shine from within the dry stones, as well as the strife and conflict that cut through the rocks of Jerusalem.

Alternatively, one may proceed toward Jerusalem on the Route of the Patriarchs, from the desert in the east. This is the path on which the ancient Hebrews arrived, as they crossed the river into the land of Canaan, thus gaining their name and reputation as Hebrews, which means “those that came from across the river.”

One may capture Jerusalem by drawing the sword against evil spells, as did King David from the Jebusites three millennia ago, or enter the city humbly on a donkey, like Jesus did and any future Messiah is supposed to do as well, or like the Caliph Omar majestically riding on a white camel. In whatever way one arrives, the visitor must be ready to overcome the obstacles of Earthly Jerusalem, which far from always mirrors her Heavenly Sister’s image of completeness and redemption.

“Crouched among its hills,” Jerusalem is immersed with mythological, religious, and symbolic significance. Yet, scarce in natural resources, the surrounding land is cultivated rather than fertile by nature, and the so-called Jerusalem stone, the pale limestone that characterizes many of the city houses, nearly cracks and shatters by carrying the burden of Heavenly Jerusalem. In its often shabby garb, terrestrial Jerusalem seems to want to shake off its Celestial Glory, releasing itself from the task of being “the gateway to heaven.” At other times, when the light from above is reflected in her harsh stones, Jerusalem seems to embrace the presence of the Shekhinah, the earthly dwelling of the divine. Especially at dawn and at dusk, the reflection of the light may bring that which is below and that which is above, earth and heaven, reality and imagination into play with each other–marble-like clouds weighing heavily above, and stones that radiate light.
Contents

Order Psyche and the City

, from Spring Journal and Books, or from Fisher King Press
Enemy, Cripple, Beggar