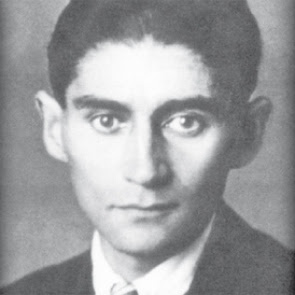 The Treasures of Brod and Kafka – in Ten Little Boxes
Will the mystery of the whereabouts of Kafka’s remaining, unknown writings soon be revealed? Ofer Aderet reports in Haaretz Newspaper that the first of ten boxes containing documents and writings of Brod and Kafka has finally been opened, but publication of the content has so far been withheld.

The following is a brief excerpt from Requiem: A Tale of Exile and Return:

… Behind closed doors, Judge K. presided over the Brod-Hoppe-Kafka trial. Quite simply and very briefly, Brod’s secretary, some say mistress, had taken hold of his personal library and all the treasures … Paranoically, Mrs. Hoppe seemed to fulfill K’s will rather than Brod’s. True, she did not burn the library, she kept most of the treasures away from the public’s eye, in contrast to Brod, who had saved them for the world of literature and culture. She managed, as well, to capitalize on some of the manuscripts, shipping them abroad, earning a comfortable sum in exchange for the trials of Josef K. After her death, her already elderly daughters kept pythonian guard of the shrine, only letting the cats roam freely. Hardly anyone would know what remained hidden behind the castle gates, except for an expert from foreign lands, whom Max Brod had given brief and conditional permission to bring his looking glass into the judge’s private chamber. He may remain the only living person, who has read at least part of Kafka’s unpublished works. According to leaks, likely by this foreign expert, one story is about a rat, one among many rats in Prague’s sewage system. But this rat had a complex, golden mechanical device, a precise micro-cosmos built into its mind. When Eli Shimeoni tried to imagine it, he came to think of the exquisite Marie-Antoinette watch. It had taken the supreme watchmaker Abraham Louis Breguet forty-four years to complete this masterpiece of all times. The Queen did not live to see this timeless tabernacle of time, ready to be presented to the world only in 1827, even after Breguet himself had ascended from this world. As Sir David Lionel Salomons, the last owner of the watch had claimed, to carry a Breguet watch is to have the brains of a genius in your pocket…