The Red Book Binder and the Craftsman’s Ego 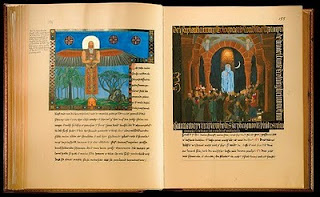 I see the craftsman as a central image of the archetypally rooted adult ego. The hero, who serves as a bridge between the archetypal and the individual realms, has frequently both a divine and a personal father. The latter is often a craftsman. For the hero to set out on his journey into the depths and the vast lands of the unconscious, he or she needs to be ignited by the very sparks of the beyond, as they manifest in ego-consciousness.
Jung writes,
The hero’s father is often a master carpenter or some kind of artisan. According to an Arabian legend, Terah, the father of Abraham, was a master craftsman who could cut a shaft from any bit of wood, which means in Arabic usage that he was a begetter of excellent sons. … Joseph, the father of Jesus, was a carpenter, and so was Cinyras, the father of Adonis, who was supposed to have invented the hammer, the lever, roof-building and mining. …In fairytales, the hero’s father is, more modestly, the traditional woodcutter.[1]

The original Red Book of Jung's is a masterpiece not only of his, but of bookbinder craftsmanship as well. Sonu Shamdasani writes, “After completing the handwritten Draft, Jung had it typed, and edited. …The first section of the work …was composed on parchment. Jung then commissioned a large folio volume of over 600 pages, bound in red leather, from the bookbinders, Emil Stierli.”[2]
While Jung’s active imaginations, the fantasy material that forms the basis of his interpretations and elaborations, preceded their inscription in the Red Book, the ego’s sublime craftsmanship may be required for the heroic descent into the darkness of the unknown. The impressively bound pages of the red leather-covered tome hold and contain the inscription of Jung’s remarkable descent into the archetypal depths of the unconscious. The masterfully bound book is like the crafted ego that enables the hero’s journey. “It is the creation of the alchemical vessel that invites the soul into dialogue and union to bring forth the divine. This carefully crafted and beautiful Red Book honored the process and contents as a container for Jung's transformation.”[3]

The craftsman replicates the divine on earth by means of his skill, patience, carefulness and hard work. The first craftsman in the Bible was Bezalel. He built the Tabernacle, the tent set up by Moses, in which the Ark of the Covenant – a chest of acacia wood holding the stone tablets of the Ten Commandments – was carried through the wilderness. Thereby he replicated creation. Bezalel “knew the combinations of letters with which heaven and earth were made,” [that is, the letters of God’s name], and thus was able to build the Tabernacle, which was considered “a complete microcosm, a miraculous copy of everything that is in heaven and on earth.”[4]He thus created an imago mundi, a crafted replica of the universe, wherein, like in a temple, the divine can dwell on earth.
With wishes for a Merry Christmas and a Happy New Year, a soulful year during which concern for the world we live in will be at the top of the agenda of those that lead our world into the coming decade.

The above is excerpted from a forthcoming Fisher King Press publication by Erel Shalit on Archetypal Images of the Life Cycle.
[1]CW 5, par. 515.
[2]‘Introduction,’ The Red Book, p. 203.
[3]Nancy Furlotti, personal communication.
[4]Gershom Scholem, On the Kabbalah and its Symbolism, p. 166f. 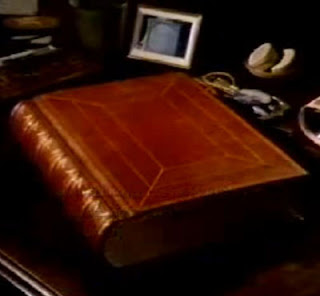 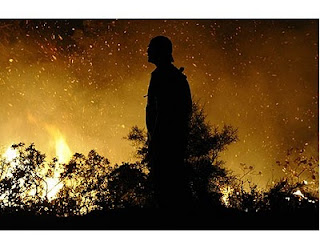 Chanukah is the festival of lights, marking the rededication of the (second) Temple. The oil, enough for one day only, that fuelled the eternal flame in the Temple lasted miraculously for eight days.
This Chanukah, however, will be remembered for the biggest fire in our history, which rages at Mount Carmel, threatening the city of Haifa. Much of the most beautiful forest area has been destroyed. Prisons and hospitals, towns and villages, have been evacuated, some severely damaged. There have been more than forty fatalities, most trapped in a bus trying to escape the fire. Up to two million trees may have been destroyed.

There has been a tremendous world-wide response to Israel's need for assistance. There are not enough fire-fighters, not enough fire retardants. Bulgaria, Greece, Cyprus, Russia, Turkey, Spain, Britain, Egypt, Jordan, France, Croatia, Spain, Romania and other countries have sent fire fighters and fire-fighting planes.
The international aid as well as the thousands of volunteers that help curb the fire, help and host the evacuated, and assist in the emergency is heart-warming.

The cause of the fire has not been determined yet, though arson and carelessness are common causes. The tree of life and renewal - almost every tree in Israel has been planted - can all too easily be destroyed. Fire is one of nature's prominent energies of transformation. However, when merely razing outside the realms of the ego, it may be destructive rather than constructive. In the hands of the Promethean capability of consciousness and ‘thinking ahead,’ fire may serve acculturation, light, warmth and relatedness, conscious will, focus and intention. (This will be elaborated in my forthcoming book 'Archetypal images of the life cycle,' to be published by Fisher King Press in 2011).

Disturbingly, the Interior Minister, from one of the Orthodox religious parties, has asked for a Committee of Inquiry to be established, which is obviously his way of avoiding responsibility for great neglect, for which he should resign (or, truly, be fired). It is due to his, and others' neglect that what should have remained a small fired that was quickly curbed by appropriately equipped firemen, became an ecological catastrophe.
In my Enemy, Cripple Beggar I devote a chapter to the prophet Elijah. His confrontation with King Ahab on Mount Carmel ranks as "the most dramatic moment in the centuries of struggle between Hebrew monotheism and the seductive pagan cults that constantly eroded it" (Comay). Many now pray for the fire to be extinguished, just like many have prayed for the rain that so far has failed to fall. However, prayer is not enough. When the soul and the meaning of history and legend are lost to short-sighted political benefits for socially parasitical groups that avoid participating in the welfare of society at large, catastrophe seems to come all too close. (From a different perspective I write about this in my novella Requiem, remaining hopeful that sanity will prevail).
The time has come to draft those who claim that Torah studies is their profession. When Ben Gurion accepted to let a small number of "Torah geniuses" be exempt from army service, he probably did not predict that this would be used by tens of thousands, assisted by narrow-minded politicians. National service as fire fighters and as sanitarians in the hospitals would be a socially appropriate manifestation of a true religious approach.
Posted by Erel Shalit at Friday, December 03, 2010 No comments: