Will Fishes Fly in Aquarius - Or Will They Drown in the Bucket? 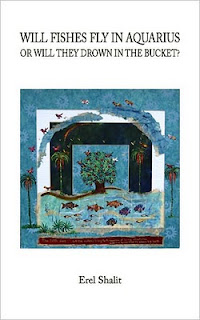 As many of us are aware, Mel Mathews and Fisher King Press (including il piccolo editions and Genoa House) have moved into the forefront of publishing Jungian works, as well as literature and poetry.
Many of Fisher King Press titles can now also be purchased as eBooks, available at Amazon (US, UK - Kindle), Barnes & Noble (Nook), Apple Bookstore, Lulu (for Sony Readers, Mac OS and Windows PC), and at Google Bookstore.
New eBook published January 5, 2011:
Will Fishes Fly in Aquarius
Or Will They Drown in the Bucket?
"Jung’s book Aion serves as point of departure for this publication. The transition of the aeons from Pisces to Aquarius reflects decisive changes in the relationship between man and image – the image which is at the center of what Jung calls psychization, the process of reflection whereby consciousness is enhanced. At the daybreak of history, man extracted the image from the divine waters. Then, the craftsman whom God warned should not make graven images, came to replicate the divine on earth. By means of image and reflection, dream and dreaming, man becomes human, in the sense of not only partaking in events, but able to relate to experience. In Aquarius, images have been rounded up, and man now holds the bucket. “God’s powers have passed into our hands,” says Jung, which forces man to consider the shadow of unreflective progress, such as the transient as-if personality and soullessness. The legend of the golem serves to illustrate the condition of man, who has become master of the images that may either create or destroy our future."

An earlier version has been published in the San Francisco Jung Institute Library Journal.

Cover painting, The Fifth Day, from the 'Genesis series' by Mira Raman