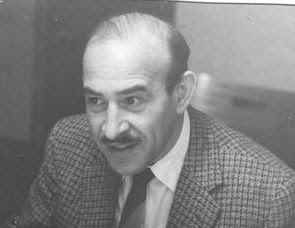 Jungian analyst Dr. Yechezkel Kluger was born in Yonkers, New York, September 5th 1911. He died in Haifa, December 21st 1995, after a full life of varied experiences and focused aim in study and teaching. He was known as a born student and teacher, and a genuine devotee of ideals.
Yechezkel Kluger served as President of the Los Angeles Jung Institute, 1967-1969, and later as President of the Israel Association for Analytical Psychology. Up to the time of his death he kept up a steady practice as analyst, supervisor, teacher of candidates in training, and writing.

Yechezkel Kluger came from an orthodox Hassidic background. His mother and father came to America in the late 1800s from Dobczyce, Poland but his grandfather, Rabbi Reuven Kluger, remained, heading a small group of devotees. Yechezkel never met his grandfather but it is told that Reb Reuven was a scholar, a poet and a mystic. Yechezkel himself was, as well, both a scholar and a poet. The mystic in him found embodiment in his wives, particularly as it was articulated in thought by his second wife, Rivkah Schärf. The spirit of Hassidism was a strong element in Yechezkel Kluger’s make-up and for those who knew him intimately, it could be heard not only in the formal prayers, but seen clearly in his dancing, singing zmirot (songs and melodies) on Shabbat and in his playing the clarinet. He may have left orthodoxy and violin behind, but the spirit remained.

Interestingly enough, the fire of Zionism was lit by a gentile, the famous Socialist Norman Thomas. After attending a large rally in Madison Square Garden in New York, with his fiancée Tovah, the two were moved by hearing Thomas speak so fervently of the need for Jews to settle in Israel, stating that they (the Jews) had so many doctors and lawyers that it was now a time to "return" to being farmers in their own land. Soon thereafter Yechezkel left his medical studies (much to the dismay of his parents), and shortly after marrying Tovah in a large orthodox ceremony (he was 21 and she 19), they both joined the Hechalutz organization in New York. They spent two years on Hachshara (training) for life on the farm, in Hightstown New Jersey and in Wisconsin. Eventually they were granted certificates by the British to enter the mandated territory of Palestine. 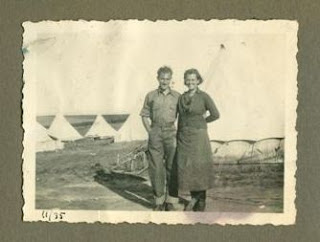 Thus, he settled with his first wife on kibbutz Na’an, in 1935. After a mere but intense two years of farming and nightly vigils during the meura’ot, the Arab revolt beginning in 1936 – and after the birth of their daughter Nomi – the Klugers were cajoled by family in New York into paying a visit with the promise of a return ticket ... which promise was not kept. With no hope of returning, he, his wife and daughter spent four years in New York. Yechezkel returned to his studies, narrowing his field to optometry. In 1940 the Klugers moved to Los Angeles where he opened a practice in optometry and launched the Los Angeles branch of the League for Labor Palestine. There he was active as president of Zionist organizations.

He had already become interested in Jung's school of thought when in 1942 he met Jungian analyst James Kirsch, who had come to him to get his eyes examined. They began a friendship based on their common interest in Judaism and Israel. It was not long before they switched roles, as James became his analyst and teacher in his and Hilde Kirsch’s burgeoning Jung group of Los Angeles, later to become the Los Angeles Institute. When in analytic sessions Kluger would speak of his yearning to return to Israel, Kirsch would tell him “your Israel is an internal Israel.” This collided with his inner calling, which was corroborated by dreams of the importance of the land itself, the Land of Israel. Kluger was, in his words, driven to “dig into the earth” (cf. interview, Spring 60, below), which he was able to realize years later by returning to live in Israel. With his second wife, Rivkah Schärf Kluger, he settled in Haifa in 1969 … some thirty long years after his departure.

Kluger had been strongly encouraged by James and Hilde Kirsch to study with Jung in the newly established Jung Institute in Zurich. He had met Dr. Rivkah Schärf when she spoke in Los Angeles at the invitation of the Kirsches, but it was in her capacity as his teacher in Zürich that he came to admire her deeply. Their mutual passion for Judaism, Zionism and Jung's psychology eventually bonded them into a love, culminating in a marriage that was to endure for the remainder of their lives. Their marriage took place in a large ceremony attended by Jung and officiated by Zwi Werblowsky in Zurich, 1954.

During his years of study at the Jung Institute, he was in analysis with C. A. Meier and Emma Jung, with a couple of sessions with C. G. Jung when called for. He was among the first graduates of the C. G. Jung Institute with, among others, James Hillman. Along with a few others, they were charter members of AGAP, which charter Kluger was instrumental in writing. Due to his playful "demand" made to Jung he was the only one to have Jung's signature ('Honorary President, C. G. Jung') on his diploma. At the Institute, the students were fortunate to study under scholars in related fields to Jung's psychology, such as the Indologist Heinrich Zimmer, the Greek scholar Karl Kerényi, the Zen teacher Daisetsu Suzuki, and Hans Jonas, the teacher of Gnosticism, as well as other luminaries. 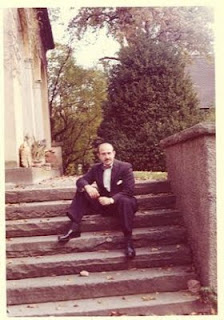 After returning to Los Angeles, he attained a doctorate in academic psychology from Claremont College where his thesis was a statistical study showing the occurrence and validity of archetypal dreams.


Upon moving to Haifa in 1969, he and Rivkah continued their practices as analysts and teachers. Together with Zürich-trained Jungian analyst Gustav Dreifuss, he worked on the further development of the Israel Association of Analytical Psychology, which had been founded by Erich Neumann (the Israel Association was a charter member from the first Jungian congress in 1958), and the training of analysts. 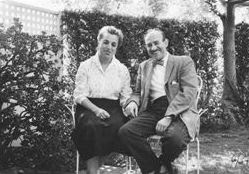 Although Yechezkel Kluger had an orthodox Jewish upbringing, he came to feel his lack of a deep education in Judaic thought and history as tragically missing. He quoted Jung as having told his wife, Rivkah, that it is for the Jewish analysts to study intricately and interpret Judaism, their own heritage, as he, Jung, had been doing in his Christian background. The goal is for each to bring to light, into consciousness, the ground from which they had sprung. (Cf. "Remembering Jung; A Conversation about C.G. Jung and his Work with Rivkah Kluger & Yechezkel Kluger," Suzanne and George Wagner, DVD, Jung Institute-Film Project).

In light of this, and inspired by Rivkah Schärf's classes in the “Old Testament,” Yechezkel wrote his diploma thesis on the Book of Ruth. This was later published as 'Ruth – A Contribution to the Study of the Feminine Principle in the Old Testament' (Spring, 1957). He completed an updated version shortly before his death, published posthumously by Daimon Press in 1999 as A Psychological Interpretation of Ruth; In the Light of Mythology, Legend and Kabbalah. Included is the companion essay, Standing In The Sandals of Naomi, written by his daughter Nomi Kluger-Nash, who had worked on editing his manuscript with him shortly before he died.

His theme was the return of the feminine principle as a necessary rounding out, and ultimately the fulfillment of what had become the one-sidedly patriarchal standpoint in the land of Judah. It is a myth of redemption. This is shown in an analogy with agricultural seasonal myths. The famine in the earth serves as the symbolic image of the cast out feminine, which feminine material reality, as lover and mother, had to return to achieve an equal balance with the masculine, purely spiritual, invisible God. The goal and result of this process is seen as the redemption of the feminine which forms an equally balanced totality conjoining spirit and matter.

After the death of his wife, Kluger devoted himself to editing her seminars and manuscripts on the Gilgamesh Epic, which she had been unable to complete due to her illness. The Archetypal Significance of Gilgamesh was published in 1991 by Daimon, and he saw to the publication of her updated book, Psyche and Bible, which was republished as Psyche in Scripture by Inner City Books in 1995.

An interview with Yechezkel Kluger and Gustav Dreifuss, by Erel Shalit, appeared in Spring 60, 1996. James Hillman, to whom we send our prayers wishing him well, asked Erel Shalit to publish this recorded interview. Hillman's grandfather had translated the book of Ruth from Hebrew for the Jewish Publication Society. He, James, had been in analysis with Rivkah Schärf Kluger, and came to Yechezkel "to learn how to say Kiddush (sanctification) on Friday nights." These apparently disparate incidents may be viewed as an image of how life can weave her intricate web into a pattern. We leave the meaning of the pattern up to you, the readers, in honor of the truth-seeking Yechezkel Kluger. 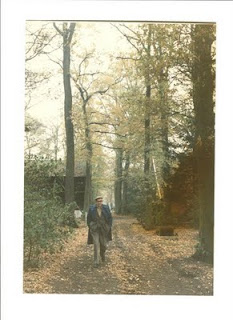 Now available: The Cycle of Life: Themes and Tales of the Journey 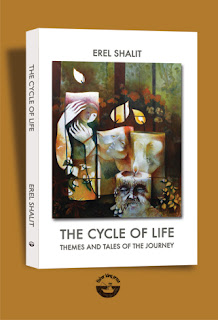