The Man Who Became Rich Through a Dream 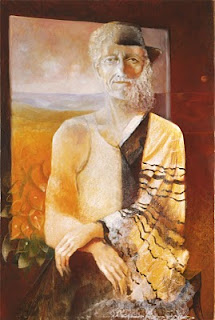 For those of you who celebrate the Jewish New Year, I wish you Shana Tova, a Year of Peace and Good Health, and possibly of finding your fortune, as told in the tale ‘The Man Who Became Rich through a Dream,’ which is found in many cultures. As told in One Thousand and One Nights, a man from Baghdad who has lost his fortune follows the guidance he receives in a dream and travels afar to find the fortune.

The same story is told about Rabbi Isaac from Krakow, who after years of poverty, dreamed that he should go to Prague, to search for a treasure under one of the bridges that lead to the palace. Since the dream appeared twice, he prepared for the long journey. When he arrived, he found the bridge guarded by day and by night, so he didn’t dare to start digging. Still, he went to the bridge every morning, walking around it until nightfall.

Finally, the captain of the guards, who had been watching him, kindly asked if he was looking for something or waiting for somebody. Isaac told him the dream that had brought him all the way to Prague.

The captain laughed and said, “You fool: A man has come to me three times in a dream, and has described a house in Krakow, telling me to dig for a treasure buried beneath a fountain in the garden. He told me to go there and take it, but I stayed here. You, however, have foolishly journeyed from place to place, having faith in a dream, trusting your meaningless imagination…”

Rabbi Isaac realized that the captain had described his own house. He returned home, where he discovered a great treasure, we don’t know of what, beneath the fountain in his garden.


Sometimes we need to travel far, whether in the world of matter or the world of mind and psyche, to realize the value of the treasure under the fountain in the garden of our soul, in order to sense soul, life and self.

…and sometimes we need to endure the doubts and the failures and the longings and the hardships… and even need to listen to the authorities of collective consciousness who by definition treat imagination of the soul and the hints from the unconscious as meaningless… and thus, the captain of the guards may turn out to be our unexpected soul-guide – the divine postman we would least have imagined to deliver our message. 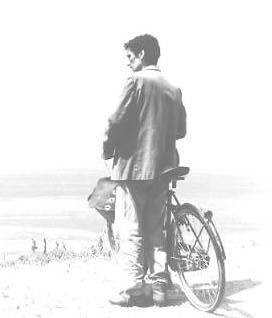 Fisher King Press presently offers the following generous discounts:
20% on The Cycle of Life: Themes and Tales of the Journey,
36% on Enemy, Cripple, Beggar: Shadows in the Hero's Path,
20% on Requiem: A Tale of Exile and Return.