70th anniversary of the first deportation to Theresienstadt 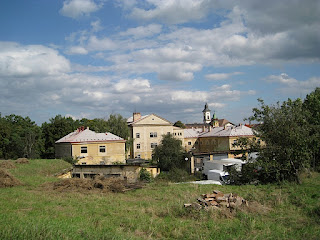 Theresienstadt was established as a 'model ghetto', "in order to save face in regards to the outside world" (Eichmann). The first deportation to the Terezin (Theresienstadt) ghetto too place Nov. 24, 1941.

While the Jews in Theresienstadt gave manifestation to the height of spiritual survival in the shadow of evil, it was, and was meant to be a hoax from the beginning.
The perversity of deception in the service of evil compounded into the dust of the extermination camps, but on the way, “to the East,” as the Nazis deceptively called the transports to the death camps, Theresienstadt served as a model of deception.

The Red Cross visited the 'town' in June 1944, prior to which the Nazis intensified deportations, and the ghetto was "beautified." Some inmates were dressed up and told to stand at strategic places along the carefully designated route. Shop windows along the route were filled with goods for the day, and the day's abundance in the candy shop window made life in Terezin seem sweet. 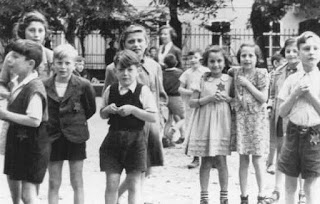 The day of the visit 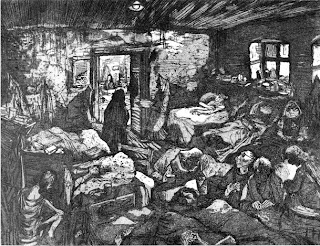 Not the day of the visit

The Red Cross reported dryly that while war time conditions made all life difficult, life at Terezin was acceptable given all of the pressures. The Red Cross concluded that the Jews were being treated all right. 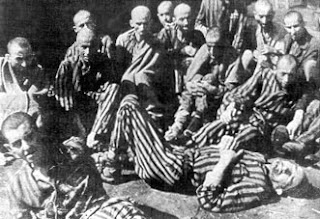 (Inmates in Theresienstadt - also not the day of the visit)

Approximately 158,000 Jews were brought to Theresienstadt. Approximately 90,000 were transported onwards to the extermination camps, of whom about 4,800 survived. About 35,500 died of hunger and illness in the ghetto (among them my great-grandmother).
Of the 12,121 children (born 1928 and later) brought to Theresienstadt, 9,001 were sent to the death camps. 325 survived.

When Helen Deutsch, the psychoanalyst who had left Vienna for the United States in 1935, wrote her important 1942 paper “Some forms of emotional disturbance and their relationship to schizophrenia,” introducing the concept of the as-if personality, the poet Leo Strauss wrote, in Theresienstadt, what in its subtle simplicity to me is one of the most spectacular poems, ‘Als-Ob,’ As-If. The English translation from the German is mine, from Requiem: A Tale of Exile and Return:

Erel Shalit's books (The Cycle of Life: Themes and Tales of the Journey; Requiem: A Tale of Exile and Return; Enemy, Cripple & Beggar: Shadows in the Hero's Path; etc.) can be purchased at Amazon, Barnes & Noble, and Fisher King Press.
Posted by Erel Shalit at Friday, November 25, 2011