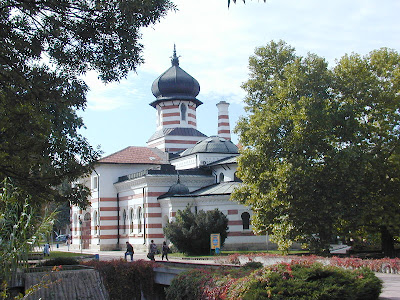 Few of you have ever heard about Marina Boyadjieva, who died of cancer on May 12th, at the age of 88.

Professor Boyadjieva was a senior psychiatrist, who served many years as Director of Psychiatry at the Medical Academy in Sofia, and among her other tasks, also had been advisor to the World Health Organization (WHO).

I had the privilege to get to know Marina a few years ago, through Sania Tabakova, the publisher of literature and psychoanalysis, Lege Artis publishing.

For more than twenty years, Marina was the foremost translator of many psychoanalytic authors, from Freud and Jung to Wilhelm Reich, Ellenberger and Marie-Louise von Franz. She also translated works by recent Jungians, such as James Hall and James Hollis. I was fortunate to have two of my books translated into Bulgarian by this exceptional woman.

Pleven, where Marina moved from Sofia, is a couple of hours’ drive from the Bulgarian capital. Dinner with Marina in her small apartment was a big event—meeting an old woman full of humor and mature vitality, profound intellect and life-generating stamina in spite of life’s hardships.

I pray that Marina will rest in peace, but believe that no less will she stand on the bridges of the afterlife, making the voices spoken in one language at the one side of the river heard and understood by people at its other bank.