The 2nd European Conference on Analytical Psychology will be held in St. Petersburg, 30th August to 2nd September, 2012. Titled “Borderlands”, it is a contribution to the concept coined by Jerome Bernstein (Living in the Borderland: The Evolution of Consciousness and the Challenge of Healing Trauma), who will be the opening speaker.

In my lecture Recollection and Recollectivization: the transient personality in search of memory, I will look at ‘the never guilty mass man’ (Jung), of the post-modern condition, related to Erich Neumann’s concept of recollectivization.

On the dark, shadowy side of the postmodern condition, we stumble upon transiency and fragmentation, alienation and rootlessness.


Particularly, we may observe the relationship between the individual and the fragmented group, which constellates as a transient crowd formation. In the condition of recollectivization, ego and consciousness are lost in the group, however, in a way strikingly different from the early state of oneness with the group.

Recollection serves as an antidote to recollectivization, and may show us “how we should act when the libido gets blocked” (CW 5). A smell and a fragrance, a subtle taste “of a cake dipped in tea,” as Proust says, re-calling a childhood memory, a lost time, a forgotten era, and the recollection of ancient wisdom and the ancestors, may provide the individual, as well as the group, with an anchor across the boundaries of time, by means of linking back to past heritage, and serving as a bridge to future developments. Thus, recollection is a central aspect of the conscious, explored life.

The following is an excerpt from the lecture:


. . . when Carl Gustav Jung comes along, walking down those unfamiliar stairs in the dream of his now familiar multistoried house, descending to the cave cut in the rock, digging out the scattered bones and broken pottery, the very old human skulls call upon him from under the dust. “Then I awoke,” writes Jung. That is, those half disintegrating old skulls at the bottom of his dream woke him up, made him aware that ‘archetype is memory,’ memories that extend beyond the personal experiences of one’s individual life, reminding us to stir up the ancestors from the dust, to let them clear their rusty voices, so that we can hear the stories of the hidden treasures, and so that the ghosts that otherwise lose their shape in the mud, can regain their contours in complex dress.

There is flavor to memory, just like images flourish in our feeling. There is a smell and a taste to recollection, a sweetness and sentiments that arise when we look at a photo album, recalling the grains between the toes on childhood’s sandy shores. 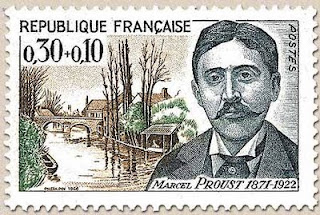 For Marcel Proust, a spoonful of the tea and the taste of the madeleine brings him back to the memory of the old grey house upon the street, and “in that moment all the flowers in our garden and in [the] park, and the water-lilies on the Vivonne and the good folk of the village and their little dwellings and the parish church and the whole of Combray and of its surroundings, taking their proper shapes and growing solid, sprang into being, town and gardens alike, all from my cup of tea.”

The taste on the tongue and the songs in our soul and the bodies that tenderly touch each other’s hearts, may all be hastily swept away as we sweep the touch screen in a futile attempt to look at the ceaseless stream of digitized photos, no longer identified by name and place and date, but numerated into infinity; ‘the many’ has replaced ‘the one’, and we hardly return to pay respect, to spect-again, to re-spect by looking again, perhaps having forgotten that the soul resides in what we respect and revisit, in the sense of looking again, in the exploration of the experience.