“A rare letter written by Franz Kafka 95 years ago has been purchased by the German Archive of Literature, at a public auction held this weekend. This letter was apparently part of the bequest of Kafka's friend Max Brod. A court recently ruled that this collection of manuscripts should be transferred to the National Library in Jerusalem, as Brod had bequeathed in his will.”

“The sale took place last Friday at the Kaupp auction house in Sulzburg, Germany, with the German archive managing to raise the required 96,000 Euros from private donors, wishing to remain anonymous. The four-page letter was written by Kafka to his friend on December 4, 1917, in the Czech town in which he was residing with his sister Ottla while recuperating from tuberculosis. In the letter, Kafka describes his fear of the mice lurking in his apartment, admitting that his phobia is irrational, and that psychoanalysts should look into the source of this fear. He suggests keeping a cat as a solution that is preferable to using mousetraps.”

While the contents of the letter have been published, “in books as well as on the Internet, the letter had not been publicly displayed before. The letter had changed hands several times over the last 30 years, passing between different private collectors. The German archive has now added the letter to its large collection of Kafka writings, and will put it on public display in April, in a special exhibition.”

“In all likelihood, the letter was part of the Max Brod bequest, which has recently been contested in an Israeli court. The parties to the dispute were the German Archive of Literature, the National Library in Jerusalem and the daughters of Max Brod's personal secretary.”

“A family court in Tel Aviv recently ruled that the entire Brod bequest be transferred to the National Library in Jerusalem. An attempt by lawyers representing Hoffe to obtain a temporary injunction to delay the transfer has failed, but they plan to appeal this ruling and the main decision.”

Mice generally refer to the powers of darkness, “gnawing at the root of the Tree of Life.” They evoke anxiety and “nocturnal worries,” as Marie-Louise von Franz says. Or, in Kafka’s words,


My reaction towards the mice is one of sheer terror. To analyze its source would be the task of the psychoanalyst, which I am not. Certainly, this fear, like an insect phobia, is connected with the unexpected, uninvited, inescapable, more or less silent, persistent, secret aims of these creatures, with the sense that they have riddled the surrounding walls through and through with their tunnels and are lurking within, that the night is theirs, that because of their nocturnal existence and their tininess they are so remote from us and thus outside our power.

Kafka provides a particularly touching and simultaneously powerful description of complexes in his (Never sent) Letter to Father. He was unable to uphold his own separate identity vis-à-vis his domineering father. It is amazing how in relationship to him the otherwise so highly cognizant Kafka suffered from a lowering of awareness, abaisemênt de niveau mental. Kafka says, in the beginning of his letter to father,


You once asked me recently why I claim to be afraid of you. I did not know, as usual, what to answer, partly out of my fear of you …,

And later he writes,

Kafka is afraid and the fear paralyses him. The terrifying complex – Brod speaks of an “infantile complex” – directly attacks consciousness and detracts available energy from the ego. When in the grip of the complex, ego-consciousness and identity are impaired. Feeling is then no longer a value-judgement, and affect and sensitivity overtake us. We are overcome by fear, rage, or the like and tend to project.

Kafka feels his father exposes him by “indiscriminately” speaking about his son in front of others. He sees himself as the hardworking father who sacrifices all to his ungrateful son. The feeling of being exposed is common when a complex is activated, and complexes are activated by exposure.

Excerpted from The Complex: Path of Transformation from Archetype to Ego, ‘Frantz Kafka’s Letter to Father’ (pp. 92-103). 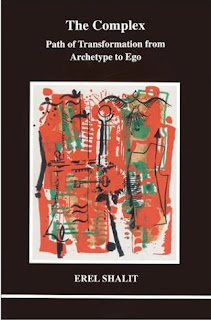