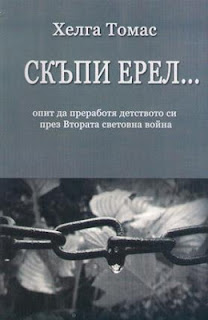 Helga Thomas is a Jungian psychoanalyst and writer in Germany, with whom I have cooperated for a decade. We have worked together with the Bulgarian Jung Society, where Helga teaches, supervises and gives analysis.


The Bulgarian Jung Society provides a forum for the study, training and development of Jung’s analytical Psychology. I consider myself fortunate to have been involved with this group of devoted professionals. As liaison person between the International Association of Analytical Psychology (a position now held by Joann Culbert-Coen), I have witnessed a tremendous development taking place over the years. [For those interested, below find a summary of my presentation on the subject at the 1st European Conference of Analytical Psychology, held in Vilnius in 2009]

During my visits once or twice a year, I have experienced the warmth and openness, coupled with insight and reflection, that characterizes the Jungian psychotherapists and the Bulgarian Jung Society. This has also provided an interesting meeting ground between Helga as a German and me as an Israeli, an example of which was a seminar on the shadow that we gave together a few years ago, which inevitably was held in the shadow of history.

Helga was born in Berlin in 1943, and spent her childhood, until the age of fifteen, in the Soviet Occupation Zone. Her new book, Kriegskindheit, recently published in German and Bulgarian, is an attempt to work through her personal war childhood. 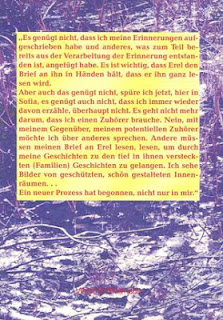 The mere act of writing down my recollections, which in part are already a result of working through these recollections, will not suffice. It is important for Erel to hold the letter that is addressed to him in his hands and to read it from the beginning all the way to the end. Yet, even that does not suffice. As I am sitting here in Sofia, I realize it does not suffice either for me to keep telling about it. No, not at all. I don’t need a person to listen to my story. Other people need to read my letter to Erel so that through my story they will be able to reconnect with their own deeply hidden (family) stories. I am visualizing images of well protected, beautifully decorated inner spaces… A new process has begun - not only inside myself.

I realize I have to add an epilogue. Yesterday, after finishing the concept of the letter to you, I read further in Sabine Bode’s book Grandchildren of the war. Heirs of the forgotten generation. In my own report it becomes clear how parents were silent and now you cannot ask them anymore.

I am a child of the war, not a grandchild, but I feel the same, and so I stay silent just as well… I don’t know whether this causes suffering for my children. I think I have told them about it and I have read good children’s books on this subject to them… sometimes all the three of us wept…

And Stefan asked his Granddad whether he had ever shot anyone to death in the war. My father responded honestly that he didn’t know. Only at the very end of the war he was in combat at the front. He doesn’t remember anymore because he was so badly injured that he almost died. It could have been, but he hoped that it was not the case. The truth? Repression? Illusion? A response appropriate to a child? His honest endeavor and concern at his grandchild’s question were palpable. I would never have dared ask this question! Perhaps for fear of being told: Don’t ask such a stupid question, of course I did, it was wartime, you would have used your gun as well! – and I would have been silent, fearfully, ashamed. Later I was ashamed that I had not asked.

At the First European Conference of Analytical Psychology, “Dialogue at the Threshold between East and West: Past, Present and Future of Cultural Identity,” held in Vilnius, Lithuania, Dr. Shalit emphasized the need “to account for social, cultural, political and historical factors; cultural complexes and social complexities, as well as the wisdom and the psyche of the particular geo-psychological location,” in the development of psychotherapy as a profession. He outlined five factors to be accounted for:

I. The first factor pertains to the change in collective consciousness.

Liberation from a totalitarian regime, from an oppressive Father as dominant of the social collective consciousness, as well as its internalization in the mind of the individual, is not only a political process.

The psychological process to free oneself from both fear as well as reliance on external authority takes longer than the actual change of regime.

The way the principle of Father dominates consciousness, is reflected in the transference on to visiting analysts, as regards for instance reliance, expectation, apprehension and idealization, ambivalence, dependency vs. independence, etc.

II. The second issue is related to the first: While the unconscious is, axiomatically, the antithesis of consciousness, when the ideology of a prevailing, oppressive social collective consciousness claims that “matter is the beginning and the end of reality,” the courage it takes to turn to the soul and the unconscious is particularly noteworthy.

This personal courage and individual path is something that deserves profound respect. Initially I did not realize the extent of their courage, in spite of my sense of affinity to my Bulgarian friends and colleagues, because it was hidden behind their humbleness, and perhaps their respect and reliance on foreign authority. No doubt, though, that the senior members of the Jung society have truly been pioneers – the brave founders of the enterprise of introducing Analytical Ψ, with visiting analysts like myself and others as devoted assistants.

III. Third factor: with freedom and renewal come loss and abandonment – as Jung has stated, abandonment is a necessary condition, not just a concomitant symptom, of development toward independence. Bulgaria suffers from emigration, many young are leaving, many of whom are extremely talented. This means that you experience not only loss, but also have to ask yourself, how come you stay. What is it that binds you, prevent you from leaving – is it fear and failure that hold you back, or does some sense of motivation and meaning beyond your personal welfare induce you with commitment and devotion?

I believe one is confronted with questions pertaining to the relationship between the individual and society, in a way that is qualitatively different from many Western societies.

IV. The fourth issue has to do with the proximity to dreaming and the unconscious. There may be less layers of asphalt, of seemingly sophisticated defenses, that cover and smooth the surface of Mother Earth. She lies barer than in so-called developed countries. Therefore, the access to deeper layers of the soul is often more direct, more immediate. Consequently, we need to consider diagnosis in its cultural context.

Many years ago, as director of a community mental health clinic, I realized the difference between someone who shares suicidal thoughts with the social worker or the family doctor, vs. someone who expresses suicidal inclinations at the psychiatric hospital’s emergency room – it should of course all be taken seriously, but it may mean and indicate very different things.

Likewise, what in one society may be a psychotic manifestation of an ego overwhelmed by archetypal material, this may in another cultural setting reflect an openness to the collective unconscious and the archetypal realm.

V. My last point is that providing education of a profession that previously did not exist in a particular society creates, among other things, narcissistic fear, inflatedness and confusion – for instance, how many pioneering therapists or analysts do not believe that they are impostors, with only the persona of a therapist, without the weight of the ancestors, the forerunners, the traditions and formal learning, lacking the trust in an ego anchored within one's Self?

Out of the massa confusa, a wide array of therapeutic approaches emerge, and there is a lack of clarity of concepts – e.g. as regards analyst vs. therapist.

In such a fluid state of affairs, it is important to enable the development of a firm basis of skilful therapists, with an identity rooted both in their own culture as well as in analytical psychology. 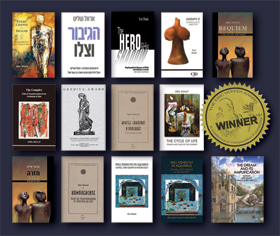