Transference and the Individual in the Analytical Space


For details of the conference (in Hebrew), follow this link.


"It is perhaps characteristic of the intellectualist bias of psychoanalysis that rapport should appear to it to be mysterious. The concept implies that the natural attitude of one human being to another is to observe him with detachment as though he were a thing and that some mysterious extra process has to take place if they are to communicate. But perhaps it is really the other way round and rapport occurs naturally unless it is inhibited by such factors as the absence of shared symbols, suspicion on the part of one or both parties, or lack of imagination on the part of the therapist." 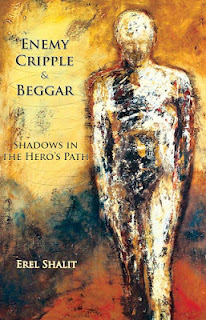 The cover image of Enemy, Cripple & Beggar is a painting by Susan Bostrom-Wong, an artist and Jungian analyst in San Francisco.

With careful observation, you will find layers of images embedded in the human figure of this fine painting.

As with the human shadow, 'Emerging' represents the need to look within to find the vital symbols and hidden aspects of our evolving selves.

Another fine painting of Susan's, Out of the Fire, appears on the cover of Frances Hatfield's poetry book Rudiments of Flight.