To everything there is a season; a time of war, and now a time of peace

Thank you President Obama for your visit in Israel.

You won the hearts of all. The truth is, the minds of most are already oriented in the same direction as yours: a majority of Israelis, even of those who voted for PM Netanyahu, prefer a viable Palestinian State alongside Israel to stalemate, and would prefer ploughshares to swords.

Impressively, you corrected some mistakes of the past – such as not to make negotiations conditional on a settlement freeze.

President Abbas, now it is your turn not to repeat the mistakes of the past: You keep insisting on a settlement freeze as a pre-condition for entering negotiations. When PM Netanyahu agreed to President Obama’s request and implemented a ten-month settlement freeze, you did not return to the negotiation table, but asked for more.


And if you were truly honest, you would recognize Israel as a (the) Jewish State (with a sizable Arab minority), just like the State of Palestine, doubtlessly, is an Arab State (which you prefer without Jews).

PM Netanyahu – this is your third government. Fortune has brought you yet another opportunity. In spite of your hopes and the expectation that you would win a giant election victory, you barely escaped embarrassing defeat. What seemed like an unalterable long-term trend toward the right, received a surprising blow, and the Israeli people clearly said, “We want change.”

This is the time to seek your place in the annals of the people of Israel. You probably wanted to be recorded in the history book of your father, the right-wing historian. But your father is dead, and now, as we celebrate Passover, in commemoration of liberation from slavery, you are free to abandon the too grand fantasies and enter into the freedom of realistic implementation.

Please do hold on to the sense of historical rights of the Jewish people to the entire Land of Israel, yet do also realize that this earth is shared between two peoples, each with its grandiose fantasies, wanting it all for themselves, but having to compromise in the balance of reality.

If, likewise, the Palestinian leadership, who adheres to the idea of Greater Palestine, abandons their written desire to actually cleanse this land of the Jews, then both sides may approach each other.

This is a golden opportunity. President Obama has expressed and demonstrated his firm commitment, and will provide the help the sons of Isaac and the sons of Ishmael need.

Prime Minister Netanyahu, you will have a strong majority behind you if you:

It may be more convenient for the Palestinians to negotiate as a Palestine – Jordan confederation, which makes it more sustainable during interim stages, and puts the pressure off the Palestinians to recognize Israel as a Jewish State early in the process.

That way, areas of West Bank land not yet under Palestinian control can be handed over, step by step, to the Palestinian State, which together with Jordan can implement the necessary security to prevent rockets and other military equipment from entering, which might threaten for instance Israeli air traffic.

In exchange for the settlement blocs along the former Green Line (a few percent of the West Bank), in which the great majority of Israeli settlers live, Egypt could provide area in Sinai to enable the necessary expansion of Gaza, while Israel turns over part of Western Negev to Egypt.

Whatever procedures, processes and arrangements, this is the season and the time to be liberated from rigid conceptualizations. President Obama clearly showed the way, including learning from past mistakes. Many claim your government has a too strong right-wing element. That will not be a big problem; just like your mentor Menachem Begin, who signed a peace treaty with Egypt relying on the left, you can safely rely on a parliamentary majority in favor of peace. All it takes is a courage, creativity and leadership. Further readings: The Hero & His Shadow: Psychopolitical Aspects of Myth and Reality in Israel; Requiem: A Tale of Exile and Return.

Internet, Transparency, Transiency and the Shadow 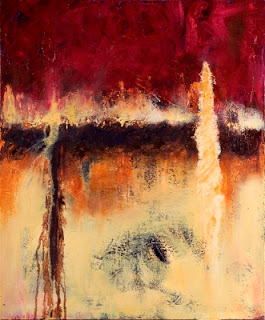 This profound painting, The Geology of Time, by Susan Bostrom Wong, opened the article 'Destruction of the Image and the Worship of Transiency', in The Jung Journal: Psyche and Culture.

The Internet is a dramatic manifestation of the rapid and enormous changes that humankind is experiencing in the world of today (or tomorrow, before the sentence is finished).

It is still in its very early stages, but who can imagine that less than two decades ago, practically no one had heard about that reality, however virtual, of our world.

In 2006, 18% of the world’s population had already access to the World Wide Web. Within five years it had doubled, reaching 35%.

If today there are private companies the size of countries, there are phenomena, such as Google and Facebook, that have become entire continents, in that alternative world in which we live, called the Internet.

While in many ways the expansion of the internet seems erratic, chaotic and associative, it may well be a self-regulating system, moving towards increasing similarity with what we still might call “the real world”:

The future of the Internet technological revolution will continue to be made in man's image.

Three dimensional graphics will become more sophisticated, and virtual reality interfaces such as viewers and tactile feedback systems will become more realistic. The technology will be applied to innovative ways to navigate the Internet's information universe, for hyper-realistic gaming, and for group communications. There will come a day when you will be able to have dinner with a group of friends each in a different city, almost as though you were in the same room, although you will all have to bring your own food.

Virtual reality applications will not only better and better reflect the natural world, they will also have the fluidity, flexibility, and speed of the digital world, layered on the Internet, and so will be used to create apparently magical environments of types we can only now begin to imagine. These increasingly sophisticated virtual experiences will continue to change how we understand the nature of reality, experience, art, and human relations.

Retrieved from The Future of the Internet

The assets, advances and advantages of the Internet are innumerable. Yet, everything has its shadow(s). Often the shadows that we have ignored and supposedly left behind, jump up right in front of us and obstruct our free forward movement; take for example how environmentalists of the time welcomed the automobile,

In cities and towns the noise and clatter of the streets will be reduced, priceless boon to the tired nerves of this overwrought generation. … On sanitary grounds too the banishing of horses from our city streets will be a blessing. Streets will be cleaner, jams and blockages less likely to occur and accidents less frequent, for the horse is not so manageable as a mechanical vehicle.[1] 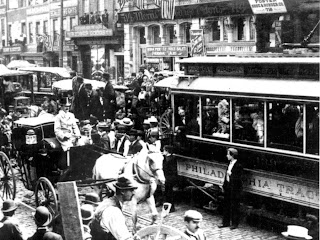 While the car has become a crucial means of transportation in our world, we may now, a hundred years later, be more aware of its disadvantages; more than a million people are killed around the world in road accidents, and an estimated 50 million wounded per year (World Health Organization).

Much of what takes place on the Internet becomes transient – one website leads to the next, as we swiftly move on to something else that attracts our attention.

The Internet enables greater transparency, which often is desirable. But with transparency comes a certain loss of privacy, when everything can be forwarded and mass-distributed with great ease, sometimes intentionally, sometimes provocatively, and occasionally by mistake.

One recent example is an email, by mistake circulated to the students, compiled by one of the teachers at a High School in Kfar Saba, in which one student is described as “selfish,” another as “not particularly bright,” and another as “a big baby.”

In this case, what pertains to simple gossip, unworthy of being put on paper, was not only printed, thus becoming ‘a document,’ but distributed to all students, making us wonder what really keeps these teachers occupied; clearly not valuable education. Gossip – a word which interestingly comes from ‘God-siblings’ – sometimes makes aspects of everyday a bit juicier, shouldn’t be taken seriously. It shouldn’t become a document, and it shouldn’t become public. The shadow of gossip should be relegated to the secrecy of dark corners of dining-hall tables or coffee-shop chatter. But now, with the ease of pushing buttons, shadows are easily thrown out right there in front of us, penetrating the weakening filters of the ego and ego-judgment, fusing with the face of our personae.

Read more, e.g. Self, Meaning & the Transient Personality, Recollection and recollectivization, Destruction of the Image and the Worship of Transiency here.

Technology is not only here to stay, but we would rather not do without it. However, rather than a future in which man and machine struggle against each other, with a doubtful outcome, modern technology can be combined with the mystery of life and the magic of childhood, as for instance in Gal Sasson's Make-a-Play, a finalist in the Engadget Insert Coin Competition.

[1] Appeared in Horseless Age, “a popular magazine for automobile enthusiasts” published between 1895 and 1918; from Ann Norton Greene, “Horses at Work: Harnessing Power in Industrial America.”
Posted by Erel Shalit at Monday, March 18, 2013 No comments: