The concept of ‘tikkun olam’ (Hebrew), which means ‘repair of the world’, takes its origin in rabbinical literature and Lurianic Kabbalah. It refers to the pursuit of social justice, such as protection of the disadvantaged.

James Hillman’s maternal grandfather, Rabbi Joseph Krauskopf was an early, prominent Reform Rabbi, and from Dick Russell’s excellent biography, we learn to what a great extent Hillman listened to the voices of the ancestors, as well as being the very individual thinker he was.

In an interview with the author Dick Russell, Hillman says,


“When I say I do therapy of ideas, it is to repair bad ideas, broken ideas, forgotten ideas. That’s an indirect way of restoring or repairing the world, though it isn’t necessarily by social action. Also, the very idea that the world is broken, alienated from its source— although I don’t follow the Jewish idea that its source is in God, but that it has fallen away from its archetypal and mythical sources, foundations.”

From The Life and Ideas of James Hillman: Volume I: The Making of a Psychologist, by Dick Russell. 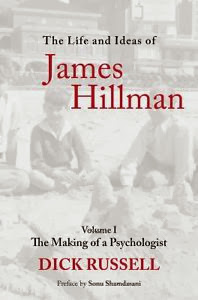 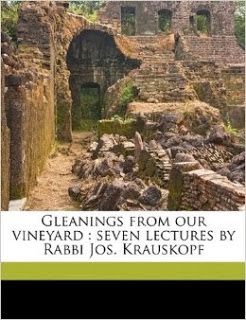 Recently, picking up Hillman's Healing Fiction, a postcard from many years ago that I had forgotten about fell out of the book. It warmed my heart even more so, in a slight hope to contribute a bit more to the repair of the world and cause less damage; "there is much to do," as Hillman says, much to repair. 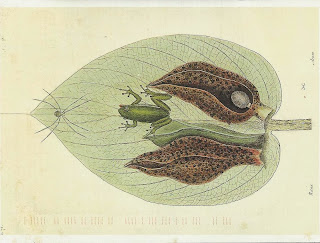 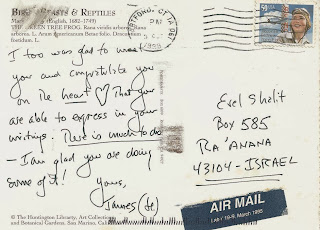