Jan Wiener: Money Matters and their Impact on the Transference

Jungian Psychoanalyst Jan Wiener (SAP London), visited the Bar Ilan Jungian Psychotherapy Program, and gave a very rich and greatly appreciated lecture on “The World through Blunted Sight: Money Matters and their Impact on the Transference,” based on her chapter in Transformations: Jung's Legacy in Clinical Work Today (Cavalli, Hawkins, Stevns [Eds.])


And who, when it comes to the crunch, can live with a heart of gold?
(Carol Ann Duffy (1999) Mrs Midas from The World’s Wife)

The paucity of literature about the role of money in analysis is startling, particularly since the exchange of money through analytic fees is a central aspect of the frame in which an analytic relationship may develop. Shortly after qualifying at the end of the 1980s, a colleague and I wrote a paper called The Analyst in the Counting-House: Money as Symbol and Reality in Analysis (Haynes and Wiener 1996). The paper explored the neglect of any serious study of the role and meaning of money, reflecting with some puzzlement on the absence of due attention to fees and the meaning of money during training. The situation now, almost twenty years later, has not altered significantly, suggesting that for analysts money continues to be ‘the last taboo’ (Dimen 1994), and more difficult to contemplate even than the emotional subjects of sex or death. There is a remarkable lack of interest in the subject of money, or more likely, that thinking about money continues to represent an area full of conflicts and unresolved complexes for analysts who, it may be said, tend to suffer from ‘moneyblindness’ (Lieberman and Lindner 1987). Jacoby (1993), in a paper called, Is the Analytic Situation Shame-Producing highlighted the shame-inducing nature of the analytic relationship because of its artificial inequality, but without any reference at all to the part that the fee could play.

In his book, The World through Blunted Sight, Patrick Trevor-Roper (1970: 17-63), a Consultant Eye Surgeon, writes of the ‘unfocused image’ of people with poor sight and explores how optical anomalies, blunted sight as he calls them, can affect both perceptions of the world and the personality of those with visual impairments. He compares (ibid: 31) how Keats, who was known to be short sighted, focused on auditory subjects such as Ode to a Nightingale and On the Grasshopper and the Cricket, with Shelley, who had good vision and whose romantic imagery concentrated on the more distant evocations of the sky and the mountains. It is the unfocused image of money, its effects on the analyst and specifically on the transference and countertransference landscape with which this chapter is concerned. 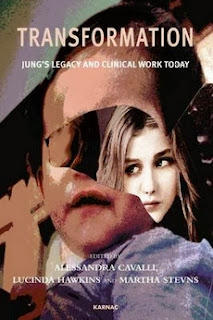