Book Review: The Dream and Its Amplification

Book Review: The Dream and Its Amplification by Erel Shalit and Nancy Swift Furlotti 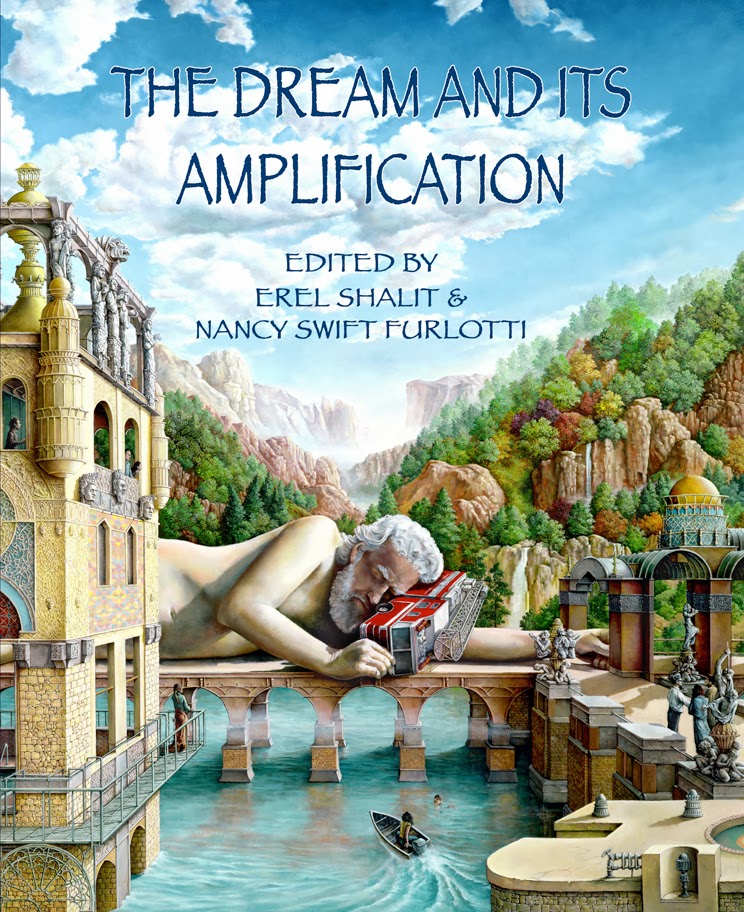 One of my earliest childhood memories is of a dream. As a psychologist, avid dreamer, and writer, I remain in awe of the power and depth of dream analysis. I invite my patients, supervisees, friends, and family to share dreams. And I welcome my dream world into my heart and soul.

Again and again, dream work offers a window into the personal and collective soul. The Dream and Its Amplification by Erel Shalit and Nancy Swift Furlotti , Fisher King Press, 2013, is an excellent tribute to this deep soul-work from a Jungian perspective. Shalit and Furlotti present us with a series of essays by experts in the field. Yet, rather than reading a dry text filled with psychological jargon, we are treated to writings that are aesthetically pleasing. The chapters are short and appear deceptively simple. Yet, as I digested the book, I often felt as if I was reading good poetry. The words and images continue to resonate; beckoning us to travel deeper within.

At times Jungian writers are accused of being too esoteric. The writing is filled with jargon and hard to digest concepts. In contrast, Shalit and Furlotti frame the book with an excellent introduction to dream analysis easily understandable and translatable to real life. We are offered a window into the world of dream amplification and active imagination. This is followed by fourteen chapters authored by a diversity of writers. The reader is introduced to symbols, archetypes, personal stories, diverse dreams, and poetry. There are also several inspiring illustrations. I am looking forward to referring patients and supervisees, as well as colleagues to this collection.

One of my favorite images from the book comes from a chapter entitled The Dream as Gnostic Myth by Ronald Schenk Schenk reflects on the journey:


For the gnostic, the present state is only a sojourn, and a journey of transformation is required. The journey is one of travail, involving a wandering through the unredeemed world, often imaged as following a meandering trail, gathering lost or forgotten “sparks” or aspects of the soul. The journey need not be one of space, but rather than of time, representing stages of transformation.

I invite the professional and the lay-person alike to join the journey of dream amplification via this excellent collection of essays.


Robin B. Zeiger received her Ph.D. in clinical psychology in 1985 from the University of Illinois of Chicago. She has practiced as a clinical psychologist and supervisor and is currently training as a Jungian analyst in Israel. Robin enjoys dialoguing and journeying with her dreams via art, writing, and sand-play.

The Last of the Unjust

January 27 is the international Holocaust Remembrance Day. Many cinemas will show Claude Lanzman's recent film "The Last of the Unjust", in which he interviews Benjamin Murmelstein, President of the Jewish Council in the Theresienstadt concentration camp ghetto. The crucial question of the role of the Judenrat is brought to the foreground. This question was raised, as well, by Hannah Arendt, and though I personally am greatly appreciative of much of her important philosophical work, I cannot accept her critical position vis-a-vis those Jews who so cleverly and ruthlessly were exploited by the Nazis, put in untenable positions, often finding themselves between collaboration and trying to save as many victims as possible.
Watch the trailer of Lanzmann's film.

“Shoah” is a masterwork of reflexive filmmaking, in which the conditions of its production are inseparable from its artistic and moral substance. The subject of “Shoah” is, as Lanzmann has said, death. The subject of “The Last of the Unjust” is life. The miracle that it conjures is that of survival. It’s a miracle that anyone came out of the camps alive. It’s a miracle that Murmelstein, in his position of terrifying proximity to barbaric overlords, was able to save as many Jews as he did—and to save himself. It’s a miracle that Judaism itself, as a religion and an ongoing element of history, survived.
From Richard Brody's post in The New Yorker. Read the full article.


Theresienstadt was established as a 'model ghetto', "in order to save face in regards to the outside world" (Eichmann). The first deportation to the Terezin (Theresienstadt) ghetto too place Nov. 24, 1941.

While the Jews in Theresienstadt gave manifestation to the height of spiritual survival in the shadow of evil, it was, and was meant to be a hoax from the beginning.

The perversity of deception in the service of evil compounded into the dust of the extermination camps, but on the way, “to the East,” as the Nazis deceptively called the transports to the death camps, Theresienstadt served as a model of deception.

The Red Cross visited the 'town' in June 1944, prior to which the Nazis intensified deportations, and the ghetto was "beautified." Some inmates were dressed up and told to stand at strategic places along the carefully designated route. Shop windows along the route were filled with goods for the day, and the day's abundance in the candy shop window made life in Terezin seem sweet.


The Red Cross reported dryly that while war time conditions made all life difficult, life at Terezin was acceptable given all of the pressures. The Red Cross concluded that the Jews were being treated all right.


Approximately 158,000 Jews were brought to Theresienstadt. Approximately 90,000 were transported onwards to the extermination camps, of whom about 4,800 survived. About 35,500 died of hunger and illness in the ghetto (among them my great-grandmother).

When Helen Deutsch, the psychoanalyst who had left Vienna for the United States in 1935, wrote her important 1942 paper “Some forms of emotional disturbance and their relationship to schizophrenia,” introducing the concept of the as-if personality, the poet Leo Strauss wrote, in Theresienstadt, what in its subtle simplicity to me is one of the most spectacular poems, ‘Als-Ob,’ As-If. The English translation from the German is from Requiem: A Tale of Exile and Return: