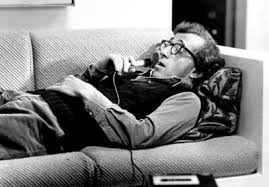 Norway’s union of nurses urged the government last month to ban non-medical circumcision of boys under 15. “We need to gain acceptance for setting a minimum age limit of 15-16 years for circumcision, so that the boy himself can decide,” its director, Astrid Grydeland Ersvik said.

In her interview, Grydeland Ersvik said that although “the Jews are a small group in Norway, they have been allowed to influence the debate on this issue.”

(Isn’t that democracy? That even minority groups are allowed to express their opinion…)

She drew parallels between female genital mutilation, which is forbidden in Norway, and ritual circumcision of boys. “If we get a law that allows this in boys while it is illegal in girls, then this is discriminatory,” she said.

(Poor girls being discriminated against? Perhaps the nurse would need some advanced education about the subject, and the difference between female genital mutilation and circumcision …)


I would suggest as a first step:


1. Check with all circumcised Jewish boys/men over age 15 (and in Norway 5-10 Jews are circumcised a year), if they would have preferred not to have been circumcised. In case a majority is fine with having been circumcised, please do allow that minority of ten to express their opinion.

The following are excerpts of my colleague Professor Shimeoni’s ruminations on circumcision, as reported in the novella Requiem: A Tale of Exile and Return.


"While he had no reason to be arrogant, Eli Shimeoni did feel sarcastic toward the somewhat sad and futile attempts, such as Derrida’s effort late in life to come to terms with his Judaism. Truth was, Shimeoni essentially agreed with Derrida on many points, such as his interpretation of Abraham’s covenant with God of circumcision.

The Divine Father’s archetypal scar inflicted by generations of fathers of the flesh on generations of consent-less Jewish boys seemed to Professor Shimeoni, as indeed to Derrida, to be a repetition-compulsion, rather than the profound internalization of memory. He recalled Yosef Hayim Yerushalmi’s epic work Zakhor, wondering if the Jews don’t merely repeat the trauma when they cross the desert every Passover – outside of the Land of Israel even repeating the hegira a second night, perhaps to ensure that the Jews of the Diaspora do arrive to the Promised Land...

The meaning of sacrifice, rather than its execution, is made sacred by proxy and by understanding, rather than deed. So why was there a need, from which, in spite of his doubts, he could not free himself, to physically cut, in order to preserve the covenant? Eli wondered if his phobic fear of knives, and his fainting spells when seeing blood pour out of the body from even the slightest cut, may have begun on this fateful eight day of his covenant with God. Out of sheer fear, Eli sometimes thought that in self-castrating circumcision he would have to cut off the El, the very God in his name, and remain with a mere “i,” sometimes inflated to a capital I.

Remaining a tiny “i,” his mind wandered around the hills of Jerusalem, his thoughts circling down to where the city reclines, attempting to hold the tension between the harsh stones and the reflection of multi-colored light. From its heart, the ancient city pounds and pulsates along the arteries of its narrow lanes and alleyways. If you put your thumb to the chest, he thought, just left of center, you will feel the exhilaration, turmoil and pain around the Temple Mount. Within the tiniest of physical space, barely covered by the fingerprints of your thumb, within a mere square kilometer, one third of a square mile, you find the sacred basin of the Shekhinah, the Son of Man and the peacock’s tail of al-Buraq, The Flying Horse.

Behind the Wall of Tears, the timeline descends from the mosque to the Temple of Jupiter to the pigeon-sellers, to the Temple and yet the one before, right down to the altar of worship and sacrifice. It is here, at the point of the needle, where history and legend merge at the very hub of indistinguishable uncertainty, that the awe-inspiring drama of the sacrifice of Isaac supposedly took place. What terrifying, formidable lesson did God want to teach Abraham, when he told him to go forth to the land of Moriah and offer his son Isaac for a burnt offering?"

From Requiem: A Tale of Exile and Return

Dear Astrid Grydeland Ersvik, Director of the Norwegian Nurses, please do not to be confused by the above circumfessions, to borrow Derrida's term, but please do carry out the poll I suggest above.

My guess is that you will find not a few circumcised (men) who 1. are quite ok with that, and 2. who prefer to have had it done as infants and not as adult men.

It may of course be that this is a way that Jewish men sacrifice the infant in themselves, a self-imposed sacrifice of the divine child in its eternal bliss, which then paradoxically is, as well, a blood-sacrifice that connects with Divinity, but here we might descend too far into the metaphysics of savage paganism, which will require empirical research to explore its actual consequences regarding the development of the maturation process.

Requiem: A Tale of Exile and Return, and my other books, can be found at Amazon, Barnes and Noble, and at Fisher King Press.

"Writing a book is a horrible, exhausting struggle, like a long bout of some painful illness. One would never undertake such a thing if one were not driven on by some demon whom one can neither resist nor understand," says George Orwell.

I personally love to be driven by that demon, bow and submit to it, follow its lead. I find the true pain and illness is when I have to brush it aside, struggle against it, and let the obligations of everyday life nearly deny its existence.

The many readers of my books is a wonderful reward, and I am grateful to you, my readers, who find ways to often comment so beautifully - in letters, reviews, and personal communications.

Email ThisBlogThis!Share to TwitterShare to FacebookShare to Pinterest
Labels: circumcission; ban on circumcission


SAVE THE DATE!
A Book Launch and International Conference
24-26 April 2015, Kibbutz Shefayim, Israel

The long awaited publication of the Correspondence between C.G. Jung and Erich Neumann promises to be a landmark event in the history of analytical psychology. The Jung-Neumann Letters, edited by Martin Liebscher, is due to be published by Princeton University Press early spring 2015. To mark this important event, an international conference is being planned, to be jointly sponsored by The Foundation for the Works of C.G. Jung, the Neumann family, The Philemon Foundation, The International Association of Analytical Psychology, and The Israel Institute of Jungian Psychology.

This collection of more than one hundred letters between the two men spans nearly three decades, from 1934 on the eve of Neumann’s arrival in Tel Aviv until his premature death in 1960. The letters reveal an intense and intimate encounter between two brilliant minds. Respectfully, yet in a most straightforward way, Jung - the founder, pioneer and wise elder - and Neumann - the courageous and bold younger thinker – reflect upon a broad spectrum of theoretical, clinical and cultural issues, including Jewish and Biblical themes, as well as anti-Semitism and Nazism.

The invited speakers for this conference will present recent discoveries and new perspectives pertaining to the correspondence, the relationship between Jung and Neumann, and the broad range issues they discussed.

In addition, this will be a celebration of Neumann’s unique and precious contribution to analytical psychology and cultural studies. Scholars and clinicians will present the latest views on many aspects of Neumann’s work, pertaining to psychological theory and clinical issues as well as to the arts and culture.

Greetings and lectures will include presentations by the President of the IAAP, Tom Kelly; the President of The Philemon Foundation, Judith Harris; by the Executive Director of The Foundation for the Works of C.G. Jung, Dr. Thomas Fischer; by Prof. Micha Neumann, the son of Erich Neumann; by Dr. Martin Liebscher, the Editor of the Correspondence; by Professor Paul Mendes-Flohr, by Dr. Murray Stein, former President of the IAAP and ISAPZurich, and other internationally renowned scholars and analysts.

The conference will appeal to clinicians and analysts, to scholars and academicians in the humanities from around the world, and to the general public with an interest in Jungian studies. It will take place in the pleasant country setting at the hotel and conference center of Kibbutz Shefayim, 20 minutes north of Tel Aviv, the home of Erich Neumann.


Trailer
Further details will be forthcoming
Posted by Erel Shalit at Wednesday, March 19, 2014 No comments: