The infamous Red Cross visit to Theresienstadt took place
June 23, 1944, that is, 70 years ago

Theresienstadt was established as a 'model ghetto', "in order to save face in regards to the outside world" (Eichmann). The first deportation to the Terezin (Theresienstadt) ghetto too place Nov. 24, 1941.

While the Jews in Theresienstadt gave manifestation to the height of spiritual survival in the shadow of evil, it was, and was meant to be a hoax from the beginning.

The perversity of deception in the service of evil compounded into the dust of the extermination camps, but on the way, “to the East,” as the Nazis deceptively called the transports to the death camps, Theresienstadt served as a model of deception.

The Red Cross visited the 'town' on June 23, 1944, prior to which the Nazis intensified deportations, and the ghetto was "beautified." Some inmates were dressed up and told to stand at strategic places along the carefully designated route. Shop windows along the route were filled with goods for the day, and the day's abundance in the candy shop window made life in Terezin seem sweet.

The Red Cross reported dryly that while war time conditions made all life difficult, life at Terezin was acceptable given all of the pressures. The Red Cross concluded that the Jews were being
treated
all right.


Approximately 158,000 Jews were brought to Theresienstadt. Approximately 90,000 were transported onwards to the extermination camps, of whom about 4,800 survived. About 35,500 died of hunger and illness in the ghetto (among them my great-grandmother).


When Helen Deutsch, the psychoanalyst who had left Vienna for the United States in 1935, wrote her important 1942 paper “Some forms of emotional disturbance and their relationship to schizophrenia,” introducing the concept of the as-if personality, the poet Leo Strauss wrote, in Theresienstadt, what in its subtle simplicity to me is one of the most spectacular poems, ‘Als-Ob,’ As-If. The English translation from the German is mine, from Requiem: A Tale of Exile and Return:

Not everyone may enter

The Moment of Historical Courage is Calling on Netanyahu

The negotiations between Israel and the Palestinian Authority ended, when PA President Abbas quit the talks at the moment of truth. Presented with far-reaching Israeli offers, he turned his back, as he has done before. The settlement freeze that Netanyahu reluctantly accepted at the beginning of Obama’s Presidency to bring the Palestinians to the negotiation table did not lead to anything – anyhow, wouldn’t negotiations in themselves be in the interest of all concerned?


President Abbas (whose term of presidency in fact expired in 2009) took unilateral steps (though I believe Israel should have welcomed the independent Arab State of Palestine), and has now formed a unity government with Hamas.

One might wonder about the motives of President Obama in favoring terror groups like Hamas and Hezbollah as part of governing bodies - naivete, shadow, tactics...?

It must be clear to all that the technocrats provide a façade (or a farce) of legitimacy of a Hamas backed government.

While both these groups explicitly have the destruction of Israel on their agenda, also the charter of Abbas’s Palestine Liberation Organization calls for the end of Israel.

And honestly, when repeatedly declared that peace is possible only with Abbas and no one else on the Palestinian side, I doubt the validity of a one-man peace.

In the absence of democracy, I believe such a Palestinian government is a more truthful reflection of Palestinian sentiments than one-man Abbas. If the different militias are disarmed, the thousands of rockets aimed at Israel are assembled, so that the Palestinian Authority has one security force, not allowing for Hamas, Islamic Jihad and others to carry weapons or fire rockets, this would prove governing (if not elected) authority.

I am no great admirer of Netanyahu either. During the Oslo process, he participated in the incitement that took place against Rabin and the government, and during his terms as PM he repeatedly reaffirmed his right-wing and pro-settlement identity.

While on the one hand he punishes the Palestinians by allowing more building in settlements (much of which will fortunately not materialize, but merely serves as provocation), reports have it that he is contemplating far-reaching unilateral disengagement.

This may be your chance, PM Netanyahu! Unilateral disengagement fell in ill repute after the exit from Gaza, mainly because the illusion was that withdrawal from occupied territory would cause a positive response from the Palestinians, while it caused rains of rockets.

Just like Palestinian unilateral steps don’t bring peace, neither will territorial withdrawal. However, occupying another people, thus preventing the Palestinian Arabs from fully taking responsibility for statehood, causes chronic problems in Israeli society (cf. The Hero and His Shadow, Requiem).

My simple suggestion is thus:

I am convinced additional creative suggestions can be brought to your attention, Mr. Netanyahu, but do act now to a de facto withdrawal from occupied territory, and divert the enormous waste of financial resources from settlements to affordable housing for the young inside Israel. You have the support of an overwhelming majority of Israel's population, and this will give you a well-deserved place in the annals of the history of modern Israel. 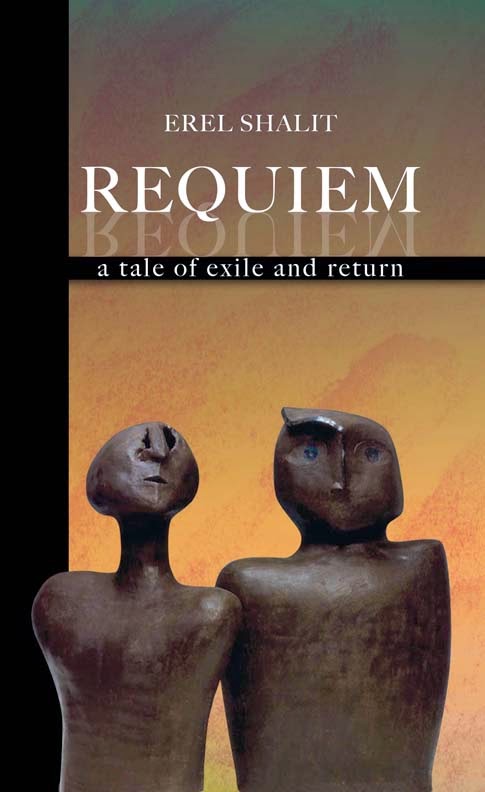 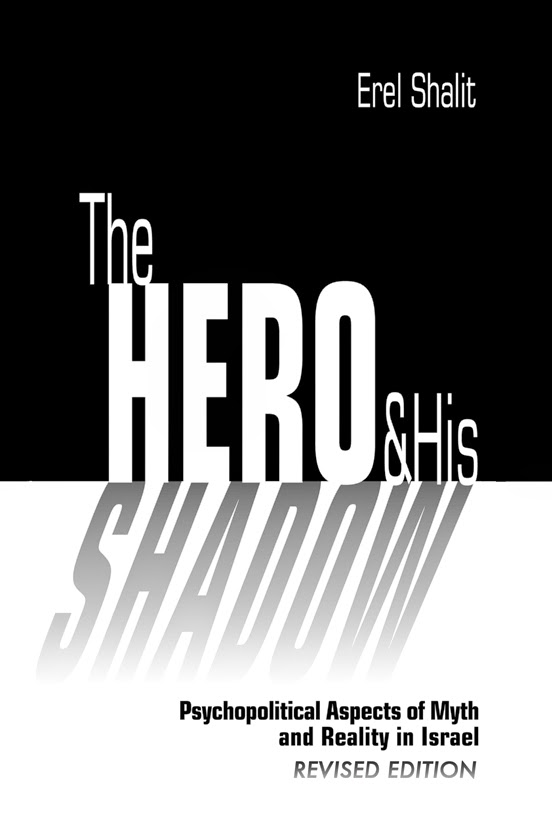 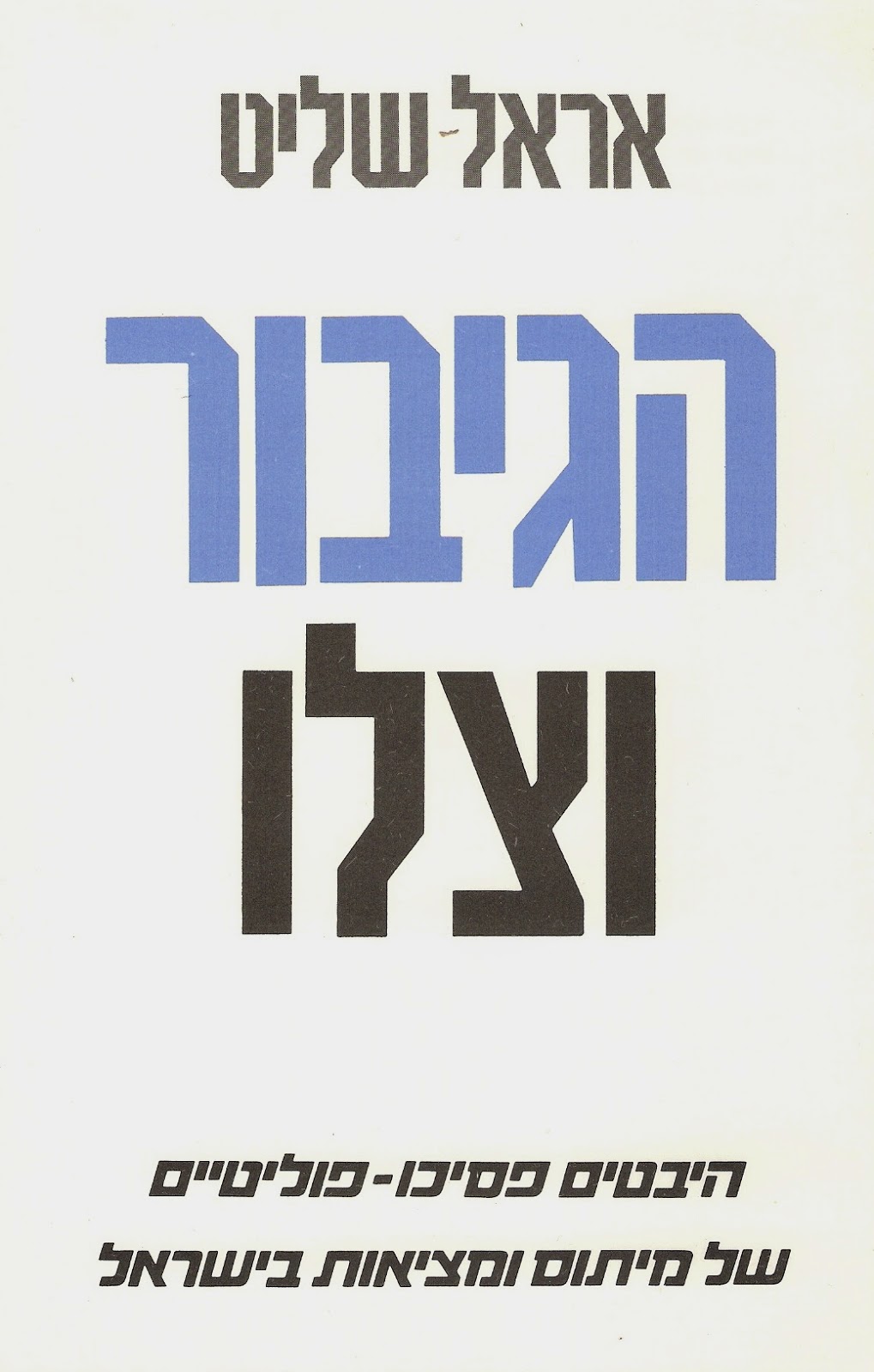 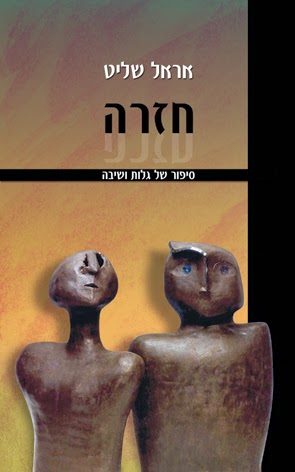 Shared Realities - Participation Mystique and Beyond

Shared Realities will become the textbook on Jung’s (originally Levy-Bruhl) intriguing concept of Participation Mystique. This is how Mark Winborn, the book’s editor, beautifully describes his own experience:

“One of my most vivid experiences of participation mystique occurred while running one cool spring morning. The sun was low – still making its slow ascent into the dawn sky. About a mile into the run I was beginning to settle into my stride; my body awakening to the pulse of its internal rhythm. As I entered a familiar stretch of road, completely covered by its dense canopy of rich green trees, I noticed in the distance a single leaf had discharged itself from the verdant awning. The leaf seemed completely singular: vibrant green on the top and a bold yellow on the underside. I watched as it descended; spiraling like a slowly revolving helicopter rotor. Time and space seemed to collapse inward – ceasing to have meaning or weight in the moment. It was as if I’d entered a visual/cognitive tunnel in which time was arrested and only the leaf and I existed in some unseen communion. After a few moments, which seemed to exist as an eternity, the leaf found purchase with the earth and the enchantment slowly dissolved. The leaf once again became just another leaf. However, the feeling of communion I shared with that singular leaf has now persisted over a number of years and I continue to experience the sensation that the leaf ‘spoke’ to me in that moment and invited me to participate in its journey.”

The newly released book has already been widely acclaimed, for instance by Donald Kalsched:


"Jung's use of the concept participation mystique has always struck me as among his most original ideas and I could vaguely intuit its relevance to many contemporary developments in psychoanalysis, from projective identification to intersubjectivity to the mysteries of transitional space. Now, thanks to the extraordinary essays in this book, one no longer has to "intuit" this relevance. It is spelled out in beautiful detail by writers with expertise in many facets of our field. The breadth of these essays is truly extraordinary. Reading them has enriched both my personal and professional life. I highly recommend this book."

—Donald Kalsched, author of The Inner World of Trauma, and Trauma and the Soul.

And by Tom Kelly:


The concept of “participation mystique” is one that is often considered a somewhat arcane notion disparagingly equated with an unconscious, undifferentiated or “primitive” dynamic. This collection of outstanding articles from Jungian analysts of different theoretical perspectives and analysts from different schools of depth psychology redeems this concept and locates it as central to depth work, regardless of one’s theoretical orientation. What may seem like an ethereal notion becomes grounded when explored from the perspective of the clinical, the experiential and the theoretical. Linking participation mystique to the more clinical concepts of projective identification, unitary reality, empathy, the intersubjective field and the neurosciences and locating this dynamic in the field of the transference and counter-transference, brings this concept to life in a refreshingly clear and related manner. In addition, each author does so in a very personal manner.

Participation Mystique provides the reader with a wonderful example of amplification of participation mystique, linking many diverse threads and fibers to form an image, which, while it reveals its depth and usefulness, nevertheless maintains its sense of mystery. This book is a true delight for anyone intrigued by those “moments of meeting”, moments of awe, when the ineffable becomes manifest, when we feel the shiver down our spine, be it in our work or in a moment of grace as we sit quietly in nature. Shared Realities offers nourishment for the clinician, for the intellect and, most importantly, for the soul. I highly recommend it!

Shared Realities: Participation Mystique can be ordered from Amazon or directly from the Publisher, Fisher King Press.
Posted by Erel Shalit at Thursday, June 05, 2014 No comments: