Jung and Neumann: The Problem of Evil

At the forthcoming historic Jung Neumann Letters Conference, leading Jungian Analysts
Murray Stein and Henry Abramovitch will speak on the problem of evil


Neumann and Jung on the Problem of Evil

In Depth Psychology and a New Ethic and Answer to Job, Erich Neumann and C.G. Jung deal with the problem of evil. For both thinkers, depth psychology has an obligation to reflect on the problem of evil and to search for ways to contain its destructive effects on human life and the planet. In this lecture I compare and contrast their approaches: Neumann’s based on a further development, sponsored by the insights of depth psychology, toward a more robust and psychologically acute sense of the ethical; Jung’s based on a reading of the Bible and its implications for the future of Western culture. Both thinkers aim at greater shadow awareness but approach this goal in significantly different ways.


The Search for a New Ethic: Professional and Clinical Dilemmas

Jung believed that deep psychotherapeutic healing is an ethical act, and that every ethical act is indirectly therapeutic. Neumann brilliantly envisioned a new ethic based on accepting one’s evil and understood how ethical awareness moved from group morality, to the splitting of right and wrong of the old ethic. After exploring Jung's and Neumann’s view of shadow and evil, this lecture explores how a new ethic may be applied to clinical and professional dilemmas in the group life of analysts, such as understanding how an ethical violation by perpetrators may be dealt with within a framework of the new ethic; or the more personal dilemma of hearing about misdeeds of colleagues in analysis. The lecture concludes with the author's personal experience as participant in an Israeli-Palestinian dialogue group, discussed in terms of Neumann’s theory.

HENRY ABRAMOVITCH, Ph.D. is a Jungian analyst, clinical psychologist, anthropologist, and medical educator. He is the founding president of the Israel Institute of Jungian Psychology and a professor in the department of medical education at the Sackler School of Medicine in Tel Aviv University. Website: http://www.henry-a.com/.

Posted by Erel Shalit at Wednesday, November 19, 2014 No comments:

At the forthcoming
Jung Neumann Letters Conference, April 24-26, 2015
Prof. Gideon Ofrat will speak about
The Great Mothers of Israeli Art

The lecture will follow the variety of "Great Mothers," in the Neumannian sense, along the history of art in Israel. An emphasis will be put on the Great Mother's association with the jar (of water or ashes…), its unity with earth and mountain, its idealization as a heavenly figure versus its representation as a devouring goddess, also its depiction as a birth-giving figure versus its aggression and danger. All these artistic images of the Great Mother will also be examined within the framework of the Zionist ideology. 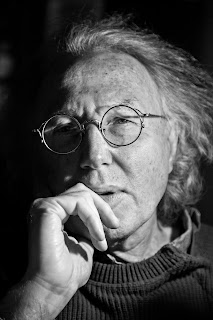 Gideon Ofrat (Ph.D., The Hebrew University, 1974) has been deeply involved in Israeli art both as a historian and theoretician. He has taught at various Israeli universities and art academies, and also lectured as guest-professor in many universities in Europe and America. Ofrat has curated many historical and contemporary Israeli art exhibitions (mostly in Israel, but also in the U.S. and at the Venice Biennale), published hundreds of articles, art catalogues and about fifty books (mostly in Hebrew, a few in English, including ‘The Jewish Derrida’) on Israeli art, Israeli culture, philosophy of art and more.