Erich Neumann and The Magic Flute

At the forthcoming
Jung Neumann Letters Conference, April 24-26, 2015
Tom Kelly, President of the IAAP, will present on


The Magic Flute, a fairy tale put to music, recounts a story symbolic of a profound and archetypal psychological process. Mozart, both genius and iconoclast, gathered together local folk songs, combined them with the magic of fairy tale images and polished them into breathtakingly stunning and deeply moving operatic arias. The magic of this opera is that it depicts the archetypal struggles inherent in the individuation process from both a masculine and feminine perspective. It is little wonder that this opera appeals to people of all ages and from all cultures. Erich Neumann recognized the profound psychological nature of this opera and shared his insights in his article entitled “The Magic Flute”. Using Ingmar Bergman’s film version of the Magic Flute from 1975, we shall let the magic of this tale work on us as we view excerpts of the opera that highlight the psychological process recounted. 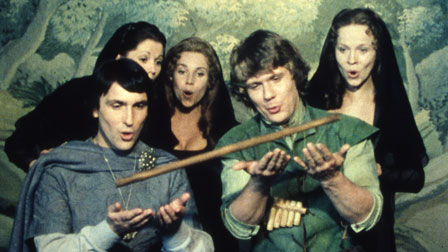 Tom Kelly, M.S.W., completed his analytical training at the C. G. Jung Institute in Zurich in 1986. He is a member of the editorial board of the Journal of Analytical Psychology and has lectured widely in Canada, the US and Europe. He is currently President of the International Association for Analytical Psychology (IAAP). Tom Kelly lives and has a private practice in Montreal, Canada.

Close to 90, Dvorah Kutzinsky, the Grand Old Lady of Jungian Analysts in Israel, is as sharp, witty and vital as ever. Coupled with her awareness of old age and death, she is full of life and energy, leaving most of us behind.

After years in Theresienstadt and Auschwitz, Dvorah - as everybody calls her - arrived at the shores of Israel, and met Erich Neumann. She became a close friend and his foremost disciple, making his writings accessible to generations of Jungians.


Dvorah Kuchinsky will also participate in the session on 'Memories from my 'grand' father's house, and share memories from the life of Erich Neumann.