The Deal with Iran is a Bad Deal – Approve it! 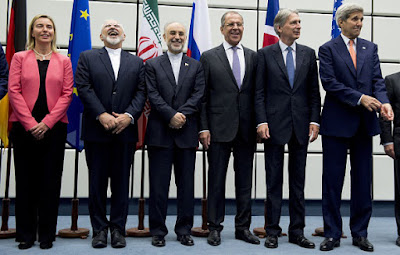 Harsh words have been used to criticize the agreement with Iran, according to which inspections are dubious, seemingly much in the hands of the untrustworthy Iranian regime itself. Iran makes it clear that it intends to remain the leading state sponsor of terror in the Middle East (and possibly elsewhere), and has recently increased its advanced military acquisitions from Russia and China.

At a time when sanctions had begun to have a serious impact on the Iranian regime, they were lifted by negotiating this agreement. Whether the United States and the other signatures of the agreement have been naïve, achieving “peace in our time” along the lines of Chamberlain’s agreement with Nazi Germany, or have defused the cloud of nuclear threat, remains to see.


Those in favor of a liberal and peaceful reaching out toward agreement with a non-liberal, deceitful, cruel and genocidal regime, are naturally in favor of ratifying this severely flawed agreement, and try to convince as that the deal isn't that bad.

And those forces who look at Iran as a severe threat to the world, whether because they are realistic, or because they are inclined to blame the other, want to reject the deal, and to convince us that it is all bad.

While there are both assets and shortcomings to the deal, some of the flaws, such as inspections, seem all too problematic, as does the beyond provocative genocidal intentions that in self-confident arrogance continue to be expressed by Iranian leaders, no less, and perhaps with greater force, after the deal has been agreed upon.

But at this stage to reject the deal is as naïve as its signing. The Iranian regime does not want a deal. They do not want to sign commitments, which, some of them, they will have to break, either deceitfully or, if necessary, openly defy. All they want is the lifting of sanctions, which they have already achieved, with the possibility to continue their nuclear threat, establishing them as the leading force in this area of the world. The United Nations has voted to suspend and lift sanctions, European companies have re-ignited business with Iran, and Russia and China are now openly selling advanced weapons technology and airplanes. 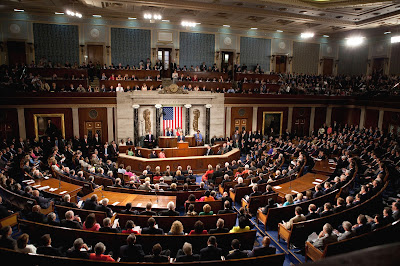 The Iranian parliament has postponed its vote till after the vote in the Congress. An American rejection will put the blame on the US, cause an internal American rift, while simultaneously unite moderates and extremists in the Iranian regime. Nothing will prevent them to increase their significant support of terror and military forces such as Hizballah, and freely develop military nuclear power. No restraints, no limitations, and no sanctions.

This bad deal has trapped the United States, the more moderate Sunni Arab regimes, and Israel. A rejection of the deal will only trap them even further, while Iran is relieved of sanctions, relieved of restrictions, and relieved of blame.

Thus, at this stage, the deal should be approved. However, I suggest the establishment of a Monitoring Committee, headed by the United States, with relatively moderate Sunni States, France and Germany, and Israel. While this committee would not in itself have the means to implement either sanctions or inspections, it can have a strong monitoring capability, a moral impact, and a strong public diplomacy standing. Parallell to the overt monitoring of the implementation (or non-implementation) of details in the agreement, such a monitoring committee would have access to the most advanced intelligence. While a considerably better deal would have been preferable, the deal does provide for a stronger diplomatic stance vis-à-vis Iran. Exposure of non-compliance will therefore have considerably greater impact than without a deal.
Posted by Erel Shalit at Sunday, August 09, 2015