Where was the left when the settlers hijacked Zionism?

In an article in Haaretz Eva illouz asks, “Where was the left when the settlers hijacked Zionism?”

My reply would be as follows:

1. when in the beginning of the 1990s, Peres and Rabin moved toward peace, the left was tired after decades of struggle, and left the work to the reliable leadership of the two. It meant the leaders were left alone on the road to peace, and not actively backed by the public that so much desired exactly that. The streets were therefore left to the right, becoming increasingly anti-Rabin and anti-Peres, till the extent of the horrendous demonstration behind a symbolic coffin – in which Netanyahu participated. This was the reason for that impressive and in the end so tragic gathering, in which Rabin was assassinated.


2. During those years of intensive efforts at peace making, buses were blown up by Palestinian terrorists all over the country. The left was paralyzed, and only made ridiculous statements that “when peace comes, buses won’t blow up anymore.” That is, the left was stuck in a cynical fantasy of the “Great peace.” The left should have condemned every act of terror, just like we all condemn the acts of terror by Jewish terrorists. Thus, the left, lost its connection with much of mainstream Israel. 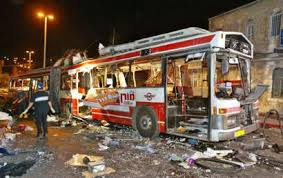 3. Since 1977, Israel has mainly been ruled by the right. All center-left governments since then have been short-lived, but done amazing attempts at reaching out – Rabin, Peres, Barak and Olmert, and Sharon’s unilateral withdrawal from Gaza. The Palestinian response has not been encouraging in any of these cases, even when offered a Palestinian state on all occupied territory (or exchange of equal territory). Responses have been suicide attacks, blown-up buses, endless rockets, war of terror. 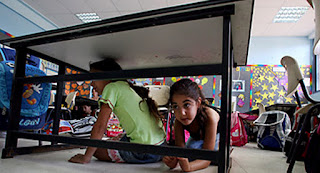 4. During all these years, particularly right-wing governments have encouraged increased settlement activity (though it should be kept in mind that Netanyahu – davka – accepted Obama’s request for a ten month settlement freeze to get the Palestinians back to the negotiating table. They didn’t arrive, but asked for prolongation. With increased spending on settlements, money to the ultra-Orthodox, and to defense, the center- and left wing young and middle class Israeli has had to work even harder, pay more taxes, pay more for housing (except in the settlements) – and has not had the strength to continue his or her political activism, while paradoxically paying for those who destroy Israeli democracy. 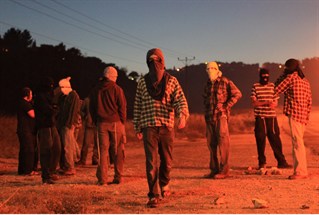 5. Under the present circumstances, I suggest as one of several steps to be taken, but something that is very concrete and should be implemented immediately (though in steps): Unilateral withdrawal from civilian occupation beyond the security fence. That does not require agreement or reliance on anyone besides Israel itself. It means relocating (the term used by – Michael Oren!) the 20% of the settlers that live in 80% of the settlements (since these are smaller, and scattered all over, and most disruptive to Palestinian statehood).

6. In which country do you find men and women, till their mid-forties, physicians and others, being called up for combat duty, seeing the sons of their friends killed, treating the wounded, and then demonstrating for peace – the peace that almost anyone who has had such experiences yearn for, like the majority of the Israeli population, who is willing to give up the hold on occupied territory to a Palestinian state, alongside Israel? 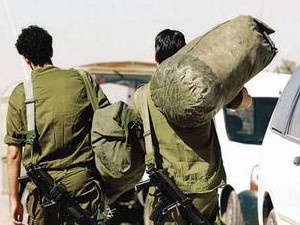 7. So where was the left? Hard-working, paying taxes, trying to make a living and affordable housing and carry the burden of a country that we love, for which we bleed in so many ways, but refuse to give up the Hope. 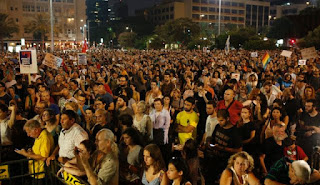 The Hero and His Shadow: Psychopolitical Aspects of Myth and Reality in Israel puts Israel’s recent history on the analyst’s couch with a particular focus on the intertwining development of individual and collective identity in the Jewish state. … For me, it was a particular challenge and pleasure to read this book since, as an American Jew who is on a path of discovery about what it means in my life to be Jewish, there was a great deal here that I found new and challenging. … 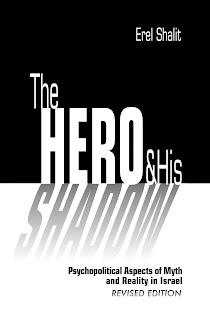 The Hero and His Shadow offers an intelligent, sensitive, humanized perspective on the trajectory of events that led to the current tragic situation in the Middle East so specifically detailed in Ari Shavit’s recent book, My Promised Land. Unlike Shavit’s excellent history … Shalit’s analysis reflects a skillful blending of the inner psychological and archetypal dimensions of the problem without collapsing it into a homogeneous whole.
…

In one section where he discusses the yearning for a strong leader by Israelis and Palestinians who are gripped by terror and the tendency to see the world in terms of polarized opposites, Shalit comments, “peace…poses a threat to those who identify with the quest for grandiose wholeness and totality, in which there is no room for the other." I could not help thinking at the same time about the current situation in American politics where there is so much polarization and such limited capacity on the part of many to see self and other as part of the civic whole.