Jacob returns to the Holy Land after 20 years in Haran. He sends angel-emissaries to Esau in hope of a reconciliation, but his messengers report that his brother is ready for war, with 400 armed men. Jacob prepares for war, prays, and sends Esau a large gift to appease him.

That night, the family of Jacob crosses the Jabbok River, while he remains behind and encounters the angel that embodies the spirit of Esau, with whom he wrestles until daybreak. Jacob suffers but vanquishes the supernal creature, who bestows on him the name Israel, “he who prevails over the divine.”

The Biblical account seems then to condense time, possibly indicating the significance of the proximity between the struggle with the angel and the meeting with Esau. Upon lifting his eyes, it says, Jacob saw in front of him Esau and his men, and bowed to his brother. Esau embraced him, and the two brothers kissed and wept in each other’s arms. Having found grace in his brother’s eyes, Jacob insisted on giving Esau his gifts, for “I have seen your face, as though I had seen the face of God.”
Based on this verse, Neumann elaborates on God and Esau, shadow and Self. In fact, this is the peak of his psychological study of the hostile brothers within the human soul, and forms the basis of his new ethic.


In 1934, Erich Neumann, considered by many to have been Carl Gustav Jung's foremost disciple, sent Jung a handwritten note: "I will pursue your suggestion of elaborating on the 'Symbolic Contributions' to the Jacob-Esau problem . . . The great difficulty is the rather depressing impossibility of a publication." Now, eighty years later, in Jacob and Esau: On the Collective Symbolism of the Brother Motif, his important work is finally published.

In this newly discovered manuscript, Neumann sowed the seeds of his later works. It provides a window into his original thinking and creative writing regarding the biblical subject of Jacob and Esau and the application of the brother motif to analytical psychology.

Neumann elaborates on the central role of the principle of opposites in the human soul, contrasting Jacob's introversion with Esau's extraversion, the sacred and the profane, the inner and the outer aspects of the God-image, the shadow and its projection, and how the old ethic - expressed, for example, in the expulsion of the scapegoat - perpetuates evil. 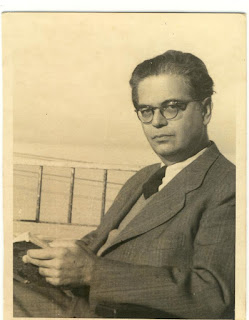 Mark Kyburz, co-translator of C. G. Jung's The Red Book, has eloquently rendered Neumann's text into English. Erel Shalit's editing and introduction provide an entrée into Neumann's work on this subject, which will be of interest to a wide range of readers, from lay persons to professionals interested in Jungian psychology and Jewish and religious studies.

Erich Neumann was born in Berlin in 1905. He emigrated to Israel in 1934 and lived in Tel Aviv until his death in 1960. For many years he lectured and played a central role at Eranos, the seminal conference series in analytical psychology. His writings include Depth Psychology and a New Ethic, The Origins and History of Consciousness, and The Great Mother. The correspondence between C.G. Jung and Neumann was published in 2015.

Erel Shalit is a Jungian psychoanalyst in Israel and founding director of the Analytical Psychotherapy Program at Bar Ilan University. He is the author of several books, including The Cycle of Life: Themes and Tales of the Journey, Enemy, Cripple and Beggar, The Complex, and The Hero and His Shadow - available at Amazon, Fisher King Press, and other online book sellers.

Mark Kyburz specializes in scholarly translation from German into English and is the co-translator of C. G. Jung's The Red Book (2009). He lives and works in Zürich, Switzerland.

This unique book can now be ordered from Amazon (hard copy, paperback and kindle), Book Depository, Barnes and Noble, or directly from Chiron.