Paintings from the Psyche - Jung and Neumann

At this weekend's Jung Neumann Symposium, June 24-26 at Pacifica, Nancy Furlotti will present

Paintings from the Psyche

Active imagination was the technique C. G. Jung developed to amplify images from his dreams and visions. It allowed him to delve deeper into the mythical and collective layers of human imagination to more specifically understand what the psyche was trying to communicate.
He used this extensively while on his own inner journey, described in The Red Book, and encouraged his patients and colleagues to do so, as well.

Erich Neumann was one of Jung’s foremost disciples. After commencing analytical work with Jung, he kept a dream journal and began using active imagination on his own dream images. Somewhat later he, too, began to paint these images creating a long series, much like those in Jung’s Red Book. The comparison between the two sets of paintings is striking in both their differences and similarities. We will explore a full image series from each one as a way of gleaning a deeper understanding of the psychic processes of these two prominent analysts and good friends.

The paintings by Erich Neumann have previously only been shown at the Jung Neumann Conference, kibbutz Shefayim, April 2015. This is a unique opportunity to get a glimpse into the inner world and psyche of Jung and Neumann. 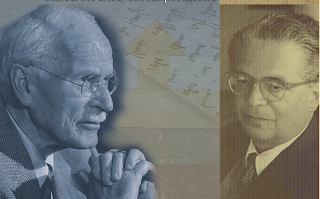 Creative Minds in Dialogue: the Relationship between C. G. Jung and Erich Neumann

This symposium, June 24-26, 2016 at Pacifica Institute in Santa Barbara, will feature internationally acclaimed speakers, including Riccardo Bernardini, Lionel Corbett, Nancy Furlotti, Ann Lammers, Lance Owens, Rina Porat, Susan Rowland, Erel Shalit, Evan Lansing Smith, Murray Stein and Steve Zemmelman.
The recent publication of the correspondence between C.G. Jung and Erich Neumann has brought renewed interest in both the creative relationship between Jung and Neumann, and Neumann’s contributions to Analytical Psychology. Months before his own death, Jung mourns Neumann as his “friend and companion on the way,” elsewhere saying that he only had two friends, Victor White and Erich Neumann.
The symposium will celebrate the unique contributions of Jung and Neumann, with original presentations. Murray Stein and Riccardo Bernardini from Eranos will be among the several prominent presenters, on topics ranging from creativity, art, Jung/Neumann and their impact on culture and the post-modern world, to anima and the great mother, and God, good and evil.


Watch a brief introduction to the symposium

Watch a conversation with Joe Cambray and Erel Shalit 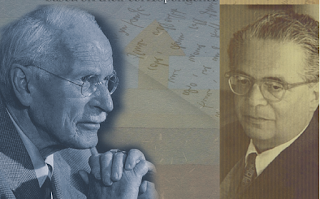 Publication of Polish edition of "The Cycle of Life" 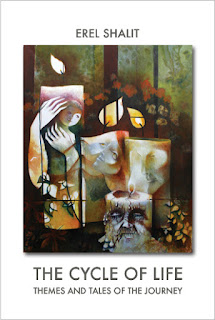 We are planning to translate and publish the book „The Cycle of Life“ by Erel Shalit.
„The Cycle of Life“ is the book for people who are willing to look at life from wider perspective, pursuing an answer for questions such as: where am I in my life? how did I get here? what is the meaning of this stage of life in the context of my whole history? what are its chal­lenges, chances and dangers? towards where am I heading?

It will be published by Eneteia Publishing House and the copyrights will be funded by Polish Association for Analytical Psychology.

We still need to finance the English-Polish translation, which will be made by us (that is: by Adam Kościuk and Karol Niewęgłowski - you can find more information about us, in Polish, here: http://refleksja.com/#oNas).

Translating a book is long and demanding work for which we did not find any sponsor, therefore we have decided to organize this crowdfunding campaign.

The book will be published in autumn 2016.

Watch the beautiful video clips (here) with narrative in English prepared by the translators, and do consider participating in the crowd funding. You can choose between receiving a copy of the book in either Polish or English.
Posted by Erel Shalit at Sunday, June 12, 2016 No comments: