Recently, the Tel Aviv Magistrate's Court ruled that Likud Member of Knesset Oren Hazan was justifiably called a pimp in an investigative report by Israel's Channel 2 journalist Amit Segal. While Hazan managed a casino in Burgas, Bulgaria, he had also hired prostitutes.

Many of us feel dismay at the state of politics in which a party elects a casino-pimp to represent their voters. But however disturbing and shameful, Oren Hazan is just a small village fool. I do find it interesting that the trumped up businessman turned presidential candidate also found his charitable way to the casino.

And then, Sheldon Adelson, financier of Trump and Netanyahu, has contributed to humanity by earning his fortune by the addicted unfortunates who visit his casinos, then are deluded to support his extremist protégées, themselves gamblers on the political stage, with people's fate at stake.

In Israel, said casino magnate owns a newspaper which, just like Pravda in the Soviet Union, serves as megaphone for the regime - the same extremist Netanyahu government that wants to limit free press and media, restrict organizations that oppose his rule and strip citizenship from loud opponents to the occupation.
While I personally may neither agree with Netanyahu, nor always with some of his opponents, their right to express themselves freely must be defended in a democracy.

Politics is too serious to be left to casino moguls and those who gamble with democracy. 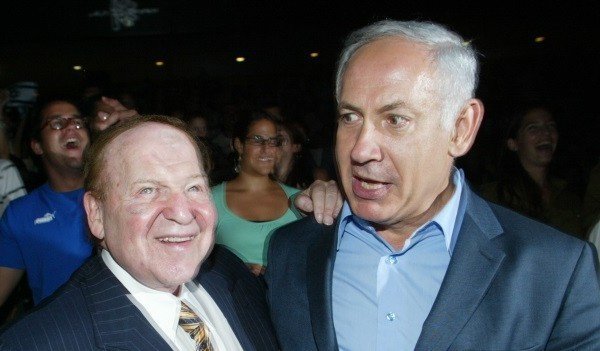 Excerpts from a review in Spring Journal by Steve Zemmelman:

The Hero and His Shadow: Psychopolitical Aspects of Myth and Reality in Israel puts Israel’s recent history on the analyst’s couch with a particular focus on the intertwining development of individual and collective identity in the Jewish state.  …
For me, it was a particular challenge and pleasure to read this book since, as an American Jew who is on a path of discovery about what it means in my life to be Jewish, there was a great deal here that I found new and challenging. …
Shalit offers an anamnesis that highlights the formative influences of image and mythology that infused the Zionist founders, tying them to the redemption of the desert lands in a socialist society passionately embraced along with a vision of a peaceful life with Arab neighbors.  The Hero and His Shadow offers an intelligent, sensitive, humanized perspective on the trajectory of events that led to the current tragic situation in the Middle East so specifically detailed in Ari Shavit’s recent book, My Promised Land. Unlike Shavit’s excellent history that examines in searing honesty the social and political dimensions of Israel’s founding and development, particularly in relation to the Arab world, Shalit’s analysis reflects a skillful blending of the inner psychological and archetypal dimensions of the problem without collapsing it into a homogeneous whole.  He couples this with a particular sensitivity to the human cost and ethical failure of losing contact with the suffering face of the other, a theme which is also taken up in My Promised Land.  The central theme of Shalit’s book, however, is more psychological, focusing on the relation between hubris and nemesis, grandiosity and limitation, the projection of evil and the suffering of one’s own imperfection.  …
I particularly appreciated the emphasis on the need to transform the masculine warrior hero ideal to a more related, feminized Eros.  In one section where he discusses the yearning for a strong leader by Israelis and Palestinians who are gripped by terror and the tendency to see the world in terms of polarized opposites, Shalit comments, “peace…poses a threat to those who identify with the quest for grandiose wholeness and totality, in which there is no room for the other.” I could not help thinking at the same time about the current situation in American politics where there is so much polarization and such limited capacity on the part of many to see self and other as part of the civic whole.