The third session in the Asheville Jung Center webinar series on
ERICH NEUMANN – HIS LIFE AND WORK AND HIS RELATIONSHIP WITH C.G. JUNG
will be broadcast live on March 23, 2017 (11 AM ET)

Neumann’s writings on religion and numinous (mystical) experience. Israeli Jungian psychoanalyst Tamar Kron and Jungian scholar Ann Lammers will discuss some of the background of Neumann’s understanding of religious experience as expressed in some of his early and previously unpublished writings on Hasidism and Kabbalah as well as in his later writings on this topic in works such as Depth Psychology and the New Ethic and his first lecture at the Eranos Conference in 1948, “Mystical Man.” 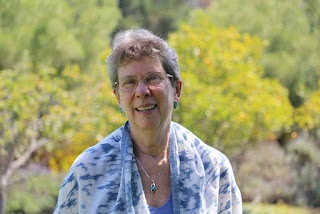 Ann Lammers will speak about Neumann’s unpublished early book, The Roots of Jewish Consciousness, written in Tel Aviv between 1934 and 1945. It is his only full-length work on Judaism. The story of this book – why he wrote it, how his work with Jung influenced it, and why he eventually chose not to publish it – has many twists and turns and includes one tantalizing mystery. The second half of the book, “Hasidism: Its Psychological Meaning for Judaism,” includes a key chapter, “Life in this World,” which for some reason disappeared from two of Neumann’s working typescripts. (By good fortune, it survived in a carbon copy and an early version of the work.) This chapter deals with the Hasidic teaching on evil, a highly paradoxical, unitive response to objective shadow. In my opinion, the fact that Neumann removed this chapter from his book, and never replaced it, provides a clue to his eventual decision to lay the entire book aside. It also gives us a possible point of entry into understanding the powerful little book which he published soon after, Depth Psychology and a New Ethic. 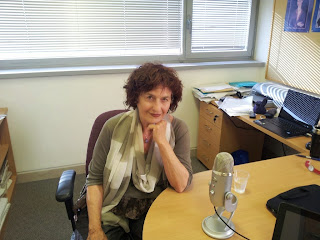 Tamar Kron will present Neumann's unique interpretation of the Hasidic doctrine of the "sparks" and of ayin, (nothingness or the void). In his "Mystical Man" and in his writings on creativity Neumann relates the Kabalistic Ayin to his concept of the "creative point of nothingness" which is the origin of consciousness and central to his thinking on creativity. Referring to the doctrine of the sparks Neumann writes that man redeems the spiritual meaning of the spark by raising it to the conscious level. In a brilliant exposition Neumann  describes a gradual process of transformation wherein the movement from ‘mute stone' to the 'speaking creature'  likewise denotes the individual's development of consciousness.

The webinar will be facilitated by Murray Stein and Erel Shalit

Further details about the webinar can be found here.