I do not doubt that renowned physicist Stephen Hawking is extremely intelligent.
I am not intelligent enough to judge.
I certainly trust that he knows a lot about the universe – again, my limited understanding of physics and much else does not put me in a position of doubt, and I have no reason to.

However, does that mean that he is right, or that he is wise, or that he necessarily understands humanity better than other social philosophers, critical thinkers, or even physicists – or the laymen among us?

In November 2016 he gave humanity another thousand years left on planet Earth. Half-a-year later he revised and reduced his prediction, and gave humanity only a hundred years.

I have not seen that this revision is based on any empirical or other kind of research, but merely Hawking’s speculations, which with such a quick and drastic change seem more related to his emotions and personal projections - which is fine, unless it hides behind the mantle of science.

“If humanity is to continue for another million years, our future lies in boldly going where no one else has gone before.”

"We are running out of space and the only places to go to are other worlds. It is time to explore other solar systems. Spreading out may be the only thing that saves us from ourselves. I am convinced that humans need to leave Earth," the Cambridge University theoretical physicist explained. “We need to rekindle the excitement of the early days of space travel in the sixties.”

Oops – is he looking for excitement??

[Leading nations] should aim to build a lunar base in 30 years’ time and send people to Mars by 2025, he said, and added that the goal would re-ignite the space program, forge new alliances and give humanity a sense of purpose.

Well, it is certainly important to look both for excitement and a sense of purpose.
Caring for the well-being of Mother Earth, the Other in this world – nature, wildlife, the other tribe/nation and human being – may be no less exciting and purposeful. 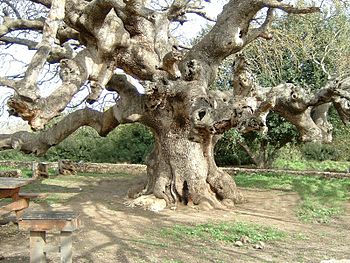 Ecology comes from the Greek oikos, meaning house, dwelling place, habitation. Perhaps we need to make this Earth more of a Home, rather than escaping to other worlds. If we merely repeat our collective behavior rather than learning new approaches, we may be the cause of as much disaster to planet Mars as what we are inflicting upon Mother Earth.