The following is an excerpt from Tom Singer's chapter in The Dream and its Amplification.

Introduction
Amplification as an idea or a technique is relatively easy to understand. As a living reality, it is far more elusive to evoke than to explain. The lived reality of weaving an amplification can take on a richness and texture that is as elegant as any of the finest fabrics in the world. And amplification, when lived, is a fabric that is woven by time, memory, image, feeling, sensation, idea and perhaps even a glimpse, at times, of divinity.
The goal of amplification is to catalyze a transformative process in the relationship between the personal, cultural and archetypal levels of the psyche. The study and use of amplification should begin with the specificity and uniqueness of an individual's life that expands into the life of specific cultures, and ultimately finds its roots in the archetypal or universal dimensions of human experience. The quest to find meaning in symbolic imagery by tapping into archetypal sources can transform an individual's life trajectory and release unexpected creative energies.

Personal Story and Original Dream Image
This chapter offers a personal narrative of my experience of amplification. The initial context and setting for this story occurred more than forty years ago and remains alive inside me to this day because the wondrous thing about an amplification living in the psyche is that it continues to weave its magic and meaning over time, as long as one pays attention to it.   In the fall of 1965, I enrolled as a first year student at Yale Medical School, having just returned from a year of teaching in Greece following graduation from college.  The year in Greece had been one of glorious discovery and the awakening of a thirst for life. I imagined myself following in the footsteps of Nikos Kazantzakis and his Zorba the Greek. I explored modern Greece, its magnificent landscapes and people, always accompanied by the haunting memories of earlier eras that murmur to one in the stones, the trees, the sky, the sea.
You might imagine how I felt when I returned to the United States and moved into the medical school dorm. New Haven was quite a long way from Greece and quite a brutal way to sober up from the intoxication of Greek adventures. My newly acquired taste for life vanished almost instantaneously .  I felt a dread settle over me.  Most of my classmates came charging into medical school, armed with anatomy, physiology, microbiology and the other basic medical sciences already under their belt from undergraduate studies. I had taken my basic premedical course early in college and hadn’t taken a science course in three years.. Yale was enormously forgiving and, unlike any other medical school in the country, had almost no exams for the first two years which afforded me some time to get my feet on the ground.  Yale had the strange idea that the students they admitted would find their way and didn’t need to be sadistically tortured into becoming good doctors. So, I found myself desperately struggling to catch up in the first two years but not flunking out because we had no tests or grades.
..... 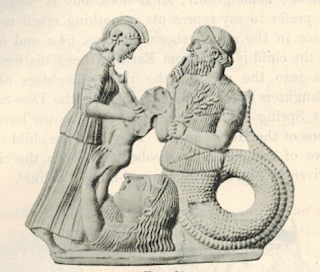 Thomas Singer, M.D. is a psychiatrist and psychoanalyst in the San Francisco Bay Area who writes about culture, psyche, and complex from a Jungian perspective. He is currently at work on a series of books that explore cultural complexes in different parts of the world.  The first two volumes, Placing Psyche: Exploring Cultural Complexes in Australia and Listening to Latin America, have been published in the Spring Journal Books series of Analytical Psychology and Contemporary Culture of which he is the series editor. Other recent Spring books that he has edited include Psyche and the City: A Soul's Guide to the Modern World and Ancient Greece, Modern Psyche: Archetypes in the Making. Dr. Singer also has a long-term interest in the Archive for Research in Archetypal Symbolism (ARAS) and serves on its National Board. 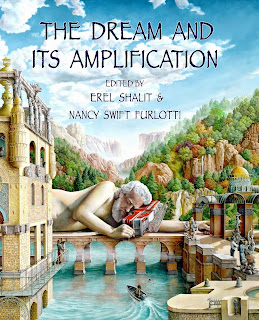 The Dream and its Amplification is available on
Amazon, Fisher King Press, Barnes and Noble,
Book Depository, Books-a-Million, and other book sellers.
Posted by Erel Shalit at Tuesday, July 25, 2017