22 years to the assassination of Yitzhak Rabin 4th of November marks twenty-two years since the assassination of
Prime Minister Yitzhak Rabin.
A gathering is held on that day, 4th of November 2017, end of Sabbath,
at Rabin Square in Tel Aviv.

For most of forty years the right-wing has ruled Israel, and the present Netanyahu government is not only the most extremist of them all, it bears far too many of the insignia of neo-fascism.
Netanyahu was one of the most visible and audible instigators prior to Rabin's assassination. Now, with a sense of safety in his position of power, he paranoically persecutes the institutes of democracy, such as the media, the legal system, and the police. In his fight to retain power in spite of allegations of severe corruption, he spares no means. 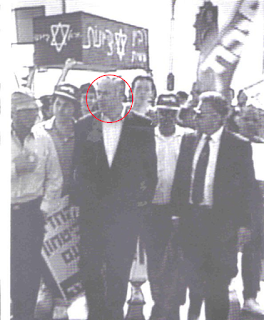 The present government is reluctant to reach out for serious negotiations with the (itself reluctant) Palestinian partner, it is a spearhead for settlements beyond the security fence, spending a fortune on what eventually will have to be dismantled or withdrawn, rather than enabling the young, creative, hard-working Israelis to attain affordable housing.

As a totalitarian inclined politician in power, he is a Prime Minister, who accuses and lashes out at big parts of the population, in the most vulgar of ways. He does not see the media as legitimate in its role as scrutinizing the regime, but adheres to media as his megaphone (the Sheldon Adelson owned Israel Hayom). Likewise, in his view, the Supreme Court should not be the independent defender of democracy, as it still remains, but be ruled by the Netanyahu regime - he is making every effort to subjugate the legislative and judicial arms of democracy to the exclusive rule of the executive arm. 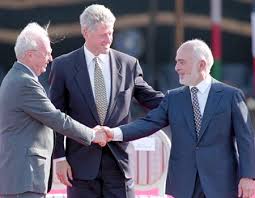 Netanyahu represents another Israel than Yitzhak Rabin, who wanted to unite the people around peace and saying no to violence, while Netanyahu lashes out at big parts of the population, calling them "sourpussies," and in a peak of vulgarity takes a picture of himself with a tin of pickles (both sourpussies and pickles are hamuzim in Hebrew). In spite of Netanyahu's present rule, the large segment of the Israeli population, Ashkenazi and Sefaradic, young and old, which is hard-working, creative and contributing to Israeli society, paying for the madness of a rule that many oppose, will inevitably return to lead politically, and not only carry the economics, technology, science and culture - the very well-fare of Israeli society.
Netanyahu does not miss an opportunity to brag about Israeli hi-tech and Israel as the only democracy in the area. That is exactly the Israel that he aggressively fights against and incites against.

But the winds of change are blowing. Polls are not to be relied upon, but for the first time since the early 1990s, the center-left is gaining enough strength to possibly form a government, when Netanyahu will have to leave, possibly. His indictments are coming closer, in spite of his attempts to prevent them by absurd and esoteric laws.