Jung's Understanding of Schizophrenia -- Is it Still Relevant in the "Era of the Brain"? 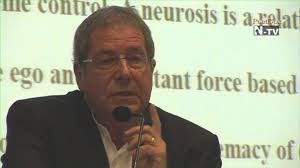 Jung understood Schizophrenia as an "Abaissement du Niveau Mental", a similar phenomenon to the one encountered in dreams, and caused by a peculiar "Faiblesse de la Volonté". He contested that complexes in Schizophrenia, in contrast with neurotic disorders, are disconnected and can either never reintegrate to the psychic totality or they can join together in remission "like a mirror broke into splinters". Accordingly, a person who does not fight for the supremacy of his ego-consciousness and for the subjugation of unconscious forces, a person who lets himself be swayed by the intrusion of alien contents arising from the unconscious (or even is fascinated by regression) exposes himself to the danger of Schizophrenia.